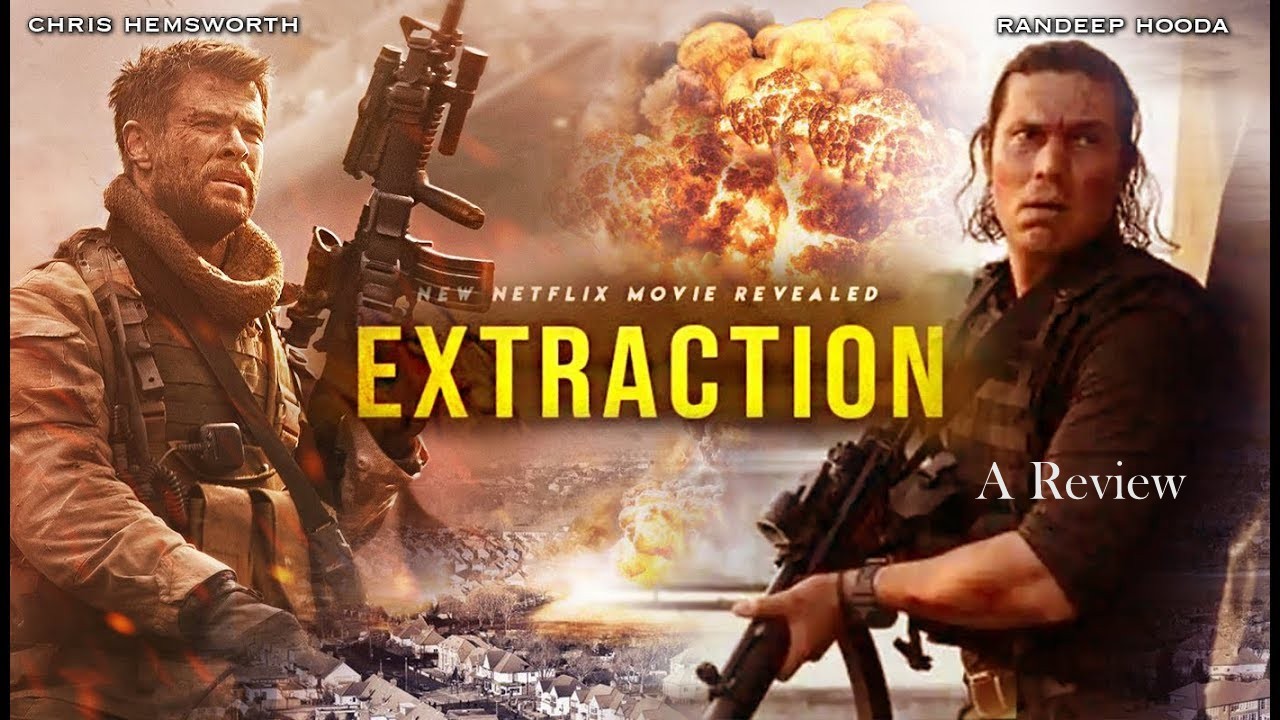 I love cliffhangers. They increase the pleasure of viewing and also give an opportunity to the viewers to mull over the climax. I also think that a cliffhanger makes the impact of the movie last longer. After having watched Panchayat, The Expanse, Money Heist, Asur and many other web series, it wouldn’t be wrong to say that the wait for a sequel or the next season is like a guilty pleasure. Extraction by Sam Hargrave falls in the same category and that’s why it is worth your time!

Set in the capital city of Bangladesh, Dhaka, Extraction is about how a mercenary, Tyler Rake, played by Chris Hemsworth, embarks on a quest to rescue the kidnapped son of a dangerous Indian racketeer, Ovi Mahajan. While Bollywood’s underrated actor Pankaj Tripathi plays the role of the racketeer, Randeep Hoods plays the role of Saju who is Tripathi’s right hand. A different political conspiracy engulfs the entire agenda of rescuing the child, for Hooda or Senior Mahajan for that matter doesn’t have money to pay for the process of extraction and Senior Mahajan is also in jail. Hence, Saju decides to double-cross Tyler and then ensues a battle of bullets.

With plenty of loopholes in the plot, Extraction manages to leave the viewers hooked to their seats because of its knife-edge action sequences which seem right out of the video games like Call of Duty or Counter-Strike. Even though Priyanshu Painyuli’s role as Amir Asif hasn’t been explored completely, Tyler and Saju don’t let you regret your decision of watching this movie. With a covetous mind, Tyler is determined to take Ovi back with him and an obdurate Saju decides to prevent Tyler from achieving his goal. The fight between these two muscular individuals is a treat for the eyes. Yes, there is blood and gore and that might be a problem with many but if you are a John Wick fan, this movie is for you. The movie touches upon the themes of guilt, redemption, revenge and trust. Young Ovi, played by Rudraksh Jaiswal, is splendid and delivers a very good performance.

Keeping both the protagonists in grey, the director does a wonderful job exploring their conflicts and the pathos that comes along with the decisions that they make. Great cinematography and flawless long shots form the USP of this film while unexplored characters form the flawed plotline. The narrative is taut and unlike Bollywood movies, the protagonists are shown to be alert and practical; they do not waste time throwing a monologue and giving a chance to the goons to take over the opportunity. The climax will make you sad but the subtle cliffhanger at the end is sure to make you grin from ear to ear.

Overall, Extraction is a movie that has a very simple plot but too much violence. If you can tolerate a bloodbath and no love in sight, this might be just the good entertainer that you have been waiting for.