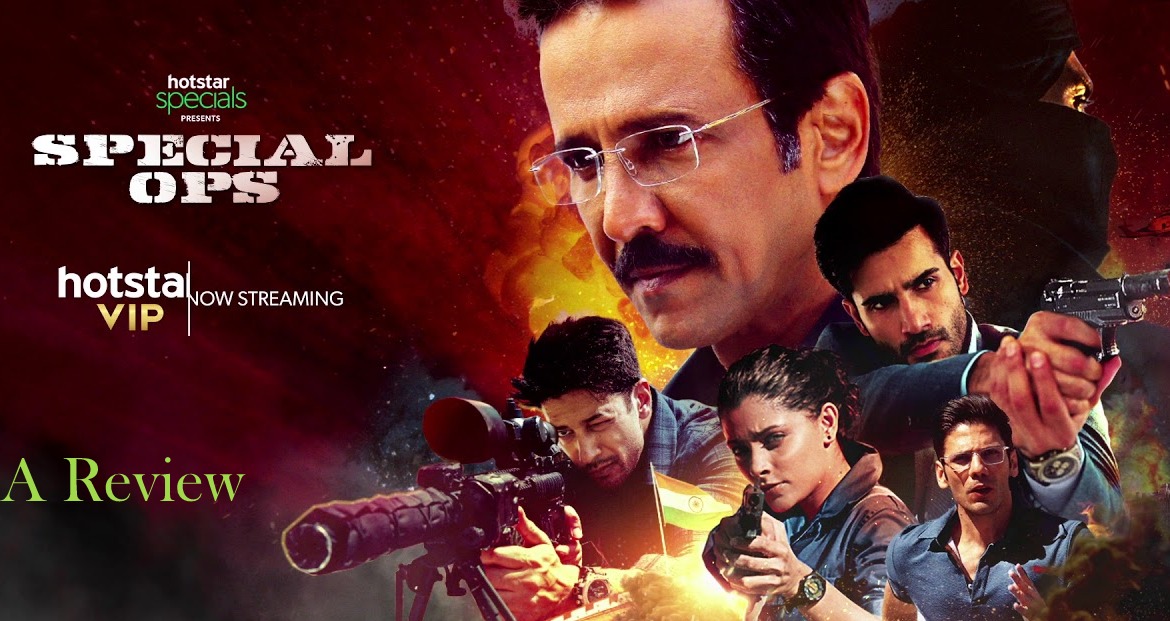 Watching an espionage thriller can set anyone’s heart pumping. The adrenaline rush is so intense that the heart seems fit to burst at every juncture that is unanticipated. We all have been binge-watching such thriller shows lately owing to ‘chilling time’ that we have on our hands and thus, it would definitely come as a surprise to me of you say that you haven’t watched Hotstar’s Special Ops.

Special Ops, starring Kay Kay Menon in the lead role, is based on the terrorist attack on the Indian Parliament in 2001. RAW officer, Himmat Singh, claims that other than the five dead terrorists, there is another man, the sixth man, who supervised the entire operation. Owing to the lack of clues/evidence, the police and other officers label this perception as Himmat Singh’s fictional theory which is baseless. Special Ops is about this wild goose chase for an unknown target. Himmat Singh is imperturbable and knows that his suspicion is right. Thus, he plants his targets in various parts of the world to gather proof of the existence of the sixth man.

An inquiry during the audit forms the scaffold of the show wherein Himmat Singh’s expenditure has to be made note of. He is asked to come and report to the office every day, simultaneously managing the secret operation of getting his hands on Ikhlaq Khan, the sixth suspect of the terror attack. Supporting Kay Kay Menon in this show is Karan Tacker as Farooq, Meher Vij as Ruhani, Vipul Gupta as Balakrishna Reddy, Muzzamil Ibrahim as Avinash and Saiyami Kher as Juhi Kashyap. Other than these secret agents, this show also has Vinay Pathak, Divya Dutta and Sharad Kelkar in supporting roles. While Kay Kay Menon steals the show with his brilliant performance, Karan Tacker also doesn’t leave any stone unturned in adding glamour to the show by his handsome looks! Menon’s ingenious style of oscillating between emotions- from being shocked and angry to becoming protective and scared- is laudable.

Other than Menon and Tacker, no other character has been successfully explored in their entirety. In spite of the over-extended run-time of the show, there are loopholes that leave behind several unanswered questions. The show miserably fails to hold the attention of the viewers because it begins on a very slow note and the storyline seems drab. The actors waste so much time on screen not speaking but only pretending to ponder about the issue at hand. The first episode introduces us to the secret agents located in various locations. Sadly, the music that is repeated before the character is mentioned is so annoying that it can drive you up the wall. The snail-paced episode seemed to take a bazillion minutes to get over. The fight scenes are awkward and the story becomes predictable after the fifth episode.

There are some heart-warming moments in the show that offer genuine moments of welling up. For instance, Himmat Singh’s insecurity about his teenage daughter is palatable. His love for his wife is pleasant to watch, his devotion towards the nation is inspiring and thus, his character is par excellence! The viewers will be on the tenterhooks waiting for Farooq’s cover to be blown in the last few episodes. They will like the candour of Vinay Pathak.

Special Ops is intense and gripping but only in the last few episodes. If you are looking for another taut, intelligent and compelling thriller by Neeraj Pandey, this is not the one to choose. Special Ops is not a binge-watch-kind of web series. If you can manage to sail through the first few roadblocks, the last three episodes can guarantee some excitement. If you can binge on another thriller, then why are you still reading this post, eh?