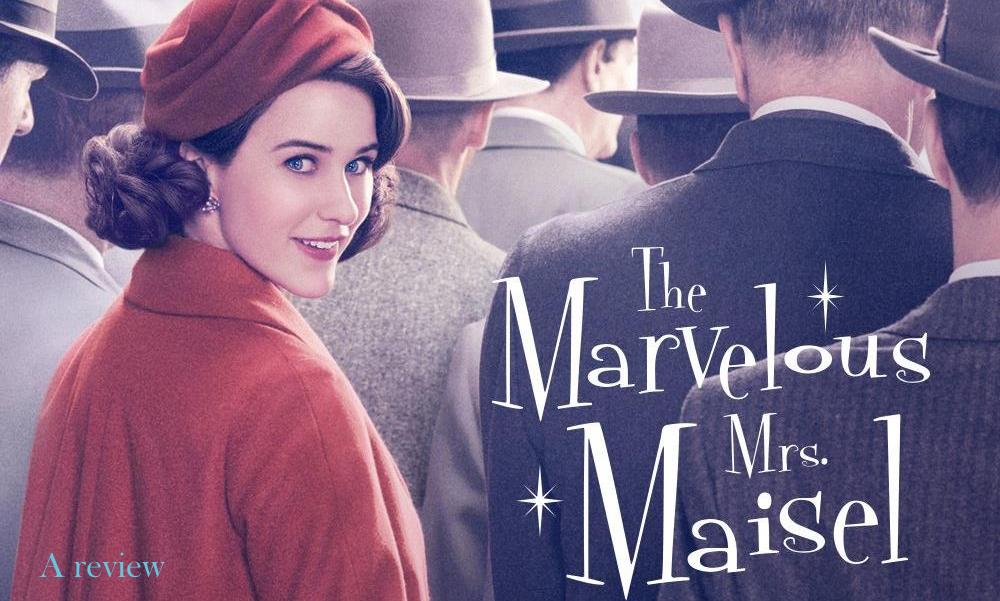 The woman, as Einstein said, who follows the crowd, will go no further than the crowd. The woman who walks alone is likely to find herself in places no one has ever been before. Dynamic, charming and astute, women are marvellous creatures. They have the ability to endure, sustain, thrive and produce. It is also true that not all women have the courage to speak up or take a stand for themselves. Amidst the Corona scare, another show that I finished recently is The Marvellous Mrs Maisel.

Set in Manhattan (the 1950s), this show revolves around a charming young woman called Midge. Midge is married and has a fairytale-like life until her husband, Joel, reveals that he has been cheating on her with his secretary. Things fall apart and Midge, who once viewed things through rose-tinted glasses, now decides not only to be the breadwinner for her family but to also explore all avenues. While in the relationship Joel struggles to find a place among good stand-up comedians and Midge, a supportive wife that she is, makes notes that help her husband improve. When their marriage blows up, those same notes help Midge realize her affinity towards stage and comedy. This gives rise to Mrs Maisel, the stand-up comedian, who talks incessantly about politics, sexuality, society and relationships. Her jokes are personal yet relatable. Therefore, it doesn’t take her long to climb the ladder of success.

The Marvellous Mrs Maisel might be a delightful capriccio but at the same time, it does have certain concepts that might not go well with the women of the present generation. Being a stand-up comic has always been a bone of contention for many. A woman becoming a stand-up comic further complicates the scenario. Pragmatically speaking, Midge is born with a silver spoon in her mouth. A large apartment, self-indulgent parents, accommodating kids and abundance of beauty- all these luxuries portray Maisel as a fictional character bearing no semblance to the real-life women! Yes, her struggle as a comic does seem palatable because all of us seem to be raising many eyebrows when we choose to chase our passion.

On a lighter note, her tussle to salvage her amour propre is praiseworthy. When the eager swain, Joel, comes back to her asking her to get back together, she confidently refuses. There are moments when her heart gives in and she longs for Joel’s company. But that’s acceptable because she is as human as we all are! Her unwavering mind and her prowess to jump down someone’s throat are commendable.

The best part of this show is that it is not only about Midge. Gradually, Abe, Rose, Joel, Susie and even Lenny form an essential part of our lives. Abe’s comical timing with a dead face is sure to induce fits of laughter. Rose’s attempt to give up the life in the lap of luxury is worth watching. Susie’s miserable interior, as well as her conspicuous exterior, evokes empathy.

While the jokes that Midge shares on stage might not be understood by everyone, her enthusiasm for this art is inspiring. She doesn’t shy away from the extra effort and deftly uses the problems in her life as a solution on the stage. She is smart, sassy, vulnerable, compassionate, empathetic and candid at the same time. She is a treasure trove of emotions. And that is a reason enough to watch her on-screen.