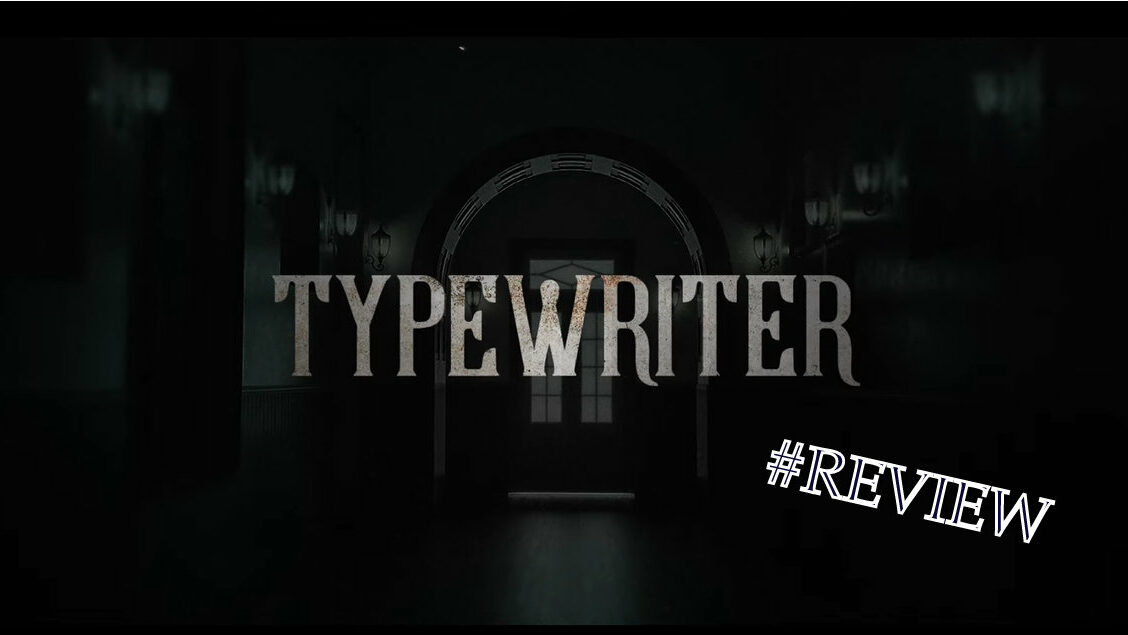 Netflix is known to offer an embarrassment of riches to its audience. What’s more interesting is the fact that even Indian Web Series have become a part of this platform. After the exceptional success of Mirzapur and Sacred Games, Typewriter becomes the first most viewed horror web series on Netflix. With excellent cinematography and top-notch acting, this series, even though predictable, tries its best to pass the muster. Whether it succeeds or fails is a personal choice to make.

The story of Typewriter is set in the godforsaken town of Bardez in Goa. A group of children are on a ghost hunt and their primary subject is the Bardez Villa that has remained untenanted for years (many years). What is more unfathomable is the queer desire of these children to see a ghost with their own eyes! They bunk school and have secret meetings on a boat to discuss the plot and the upcoming events in a book titled ‘The Ghost of Sultanpore’. Surprisingly, this book is believed to have been a raving success. It is more like a status symbol because ‘if you haven’t read this book, you don’t belong in Bardez’! Other than these kids- Sameera, Gablu, Bunty, Nick and Buddy (the-most-intelligent-of-them-all dog)- there are several other characters that form the crux of the plot. Things start to turn topsy turvy when Bardez villa has new occupants- Jenny and her family. It is gradually revealed that the villa belonged to Jenny’s great grandfather, Madhav Mathews, who was an acclaimed writer. Known for his horror stories, Madhav Matthews treasured a typewriter that still sits comfortably in his writing room. The story traces the journey of all these characters trying to unravel the mystery behind the shape-shifting ghost and its association with the typewriter.

The appalling first episode strikes the right chord when it introduces us to the nightmarish ghost who takes Jenny’s form. However, the author’s baffled state of mind becomes quite obvious thereafter. There are murders, there are lies, there is blood and there are some genuine moments of thrill and excitement. The Bardez Villa is spooky and the right choice for this kind of setting. The long eerie corridors and the creaking wood floors add to the mysterious ambience. However, the strange resemblance of this show with Stranger Things and Ghostbusters is unavoidable. At the same time, the author’s prowess to demonstrate parallels in a single character is praiseworthy. Purab Kohli, for instance, does a marvellous job as a gentle and caring Ravi, Sameera’s father, and as astute and an infallible police officer. Similarly, Jenny strikes the right balance between her roles- one as a baffled and uninformed Jenny and the other as a ruthless and surreptitious ghost.

Amidst good acting and spine-chilling locations, the faltering narrative fails to capture the attention. Viewers might be left wanting for more as several loose ends are deemed too trivial to be tied. Raising questions on whether the show is for the children or for the adults, Typewriter fails to leave a lasting impression. The desperate attempt to leave the show on a cliffhanger also spoils the momentum and leaves the viewers unsatisfied. The cliched plot still rules the premise as this show is overloaded with the elements of a typical horror story- a haunted villa, revengeful ghost, traumatic past, a common link to all murders, flashbacks and blood moon night. Another drawback, I feel, is the presence of needless subplots.

Nevertheless, the series is a one-time watch. Unlike the gripping stories that Sujoy Ghosh has written (Kahaani and Badla), Typewriter cannot be classified as one of his best works! The climax of this season rests on the shoulders of the decades-old folklore about women who practised magic. It also introduces us to Fakeer- the main ghost- who was killed mysteriously. In his attempt to return to the world and raise an army of his own, he preserves his soul in a doll and in the typewriter (at one point I was left wondering if I was watching a Hindi version of Harry Potter and the Deathly Hallows!)

Even though Typewriter is a product of willy-nilly writing, the first four episodes are something to look forward to. One can binge-watch this series on a weekend with friends!