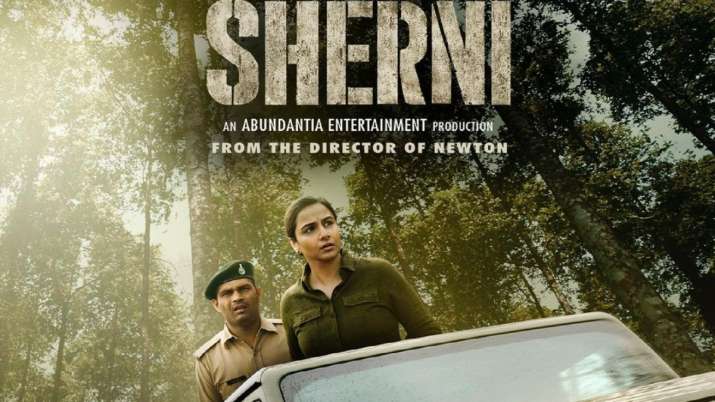 Scriptwriting is an art that involves a lot of expunging of thoughts, ideas and words alike. With the current attention span of people not lasting for more than a few seconds, it is difficult to stick to a concise plot without exploring different shades of all the major characters in a book or a movie. It is a tedious job to tap the mental schema of the audience in a limited time and use word association to intrigue their brain cells and trigger parallel thinking. I never had any doubts about Bollywood’s capability in showcasing the best plots in form of movies and web series but I always doubted the frequency of making such masterpieces that do not guarantee vast viewership (read money).

The recent Amazon Original, Sherni, starring Vidya Balan, Neeraj Kabi, Vijay Raaz and many other talented actors, is an exemplar of crisp writing and intelligent plotting. The movie revolves around the havoc one tigress wreaks in the jungles of Madhya Pradesh. When the new forest officer of the area, Vidya Balan, resumes her duties in the new city, she finds the attitude of the people around her strange. While her colleagues keep hinting towards her disability to manage things owing to her gender, her seniors don’t hesitate a bit in prioritizing their selfish interests. And then there are villagers who not only lose their life because of the tiger but also lose their morale by getting caught in the web of politics and bigotry that the local leaders spin. Battling patriarchy both at the home front and at work, Vidya demonstrates an indomitable spirit- always ready to fight with her wit rather than flying off the handle like her male counterparts. Her struggle is real and her expressions are enough to stimulate the nerve in the audience.

The writer has drawn a beautiful parallel between Vidya and the sherni when both these females engage in a battle of wits. Whether it is fighting for survival (in the case of the tiger) or fighting for survival in a male-dominated society (in the case of Vidya), the intensity of injustice is harrowing. Using several dialogues, scenes and actions for symbolism, the writer aces the test when the last scene depicts taxidermy. It takes a moment for the audience to realize the consequence of their actions and the aftermath of the ecological imbalance that has already been caused. In that regard, the purpose of the film gets fulfilled brilliantly. Exploring several themes simultaneously, the film does justice to the storyline by devoting equal time to each issue and not wasting any moment in explaining what can be understood by actions alone.

What backs the efforts of the writer to showcase a meaningful story is a beautiful cinematography, non-rushed scenes, subtle background score and the irony in the title itself. While one might assume that the movie is all about having the last ‘roar’, it’s not so because the focus, right from the very beginning, is to bring out the pathos that accompanies the women in power and the animals in general. They suffer quietly for as long as they can survive with respect. But eventually, the evil mindset wins. Nevertheless, the movie also highlights the importance of coming together as a community and taking a stand for what’s right.

Vijay Raaj and Sharat Saxena are fabulous sidekicks who play a role that is very different from what they usually do. Neeraj Kabi has little screentime yet his persona changes the atmosphere of the story instantly. The dialogues are short yet impactful. They are sufficient to strike the right chord at the right time.

Overall, Sherni is a fantastic conservation film that imparts lessons indirectly by making self-realization the key tool! It leaves the door to interpretation ajar for the viewers. It’s beautiful and should definitely be watched.