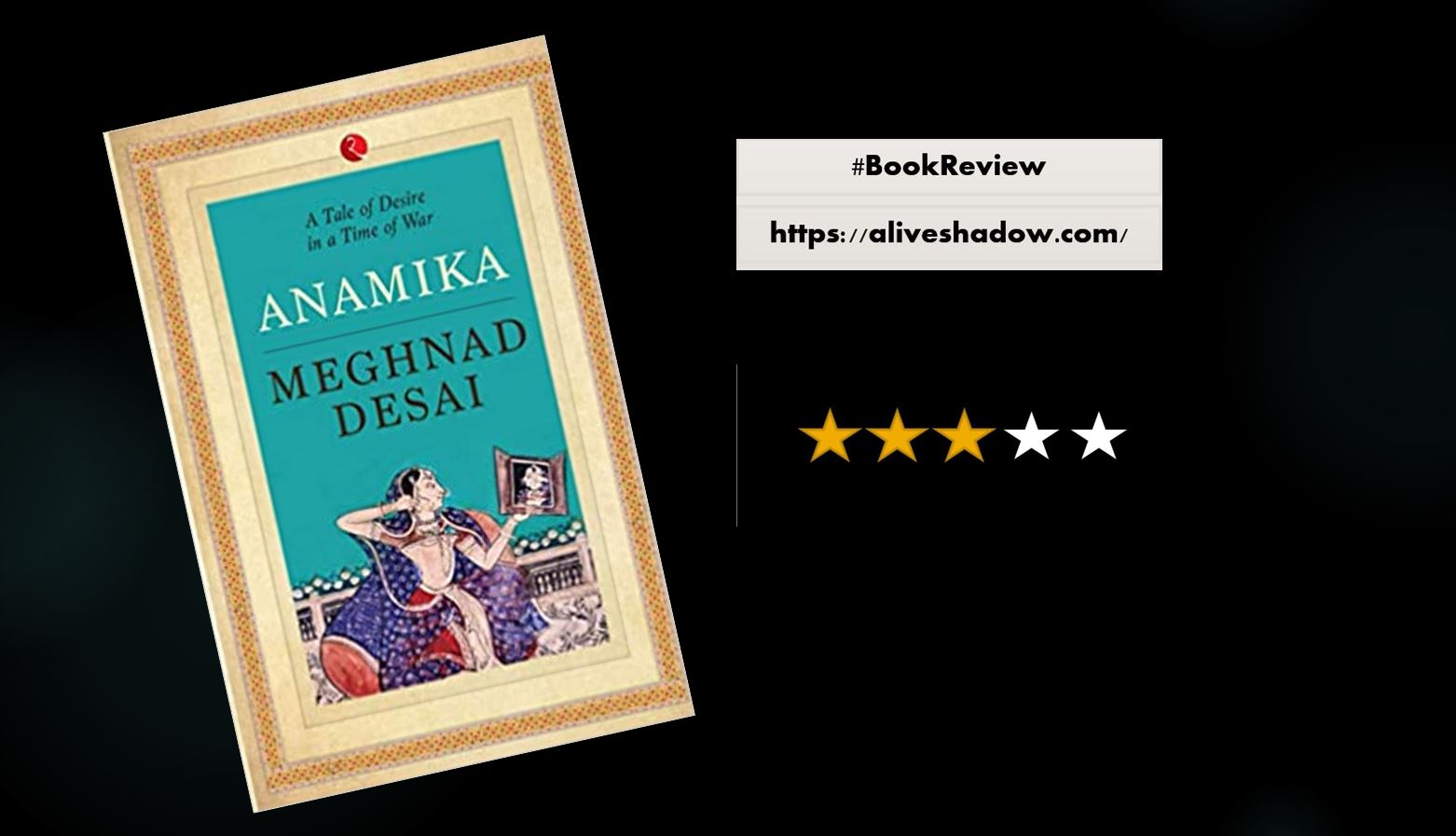 Collating varied virtues of women, Meghnad Desai brings forth a tale of bravery, wisdom, choices and desires- all this amidst the tumultuous hubbub of the war. With blood racing through the body of each character and courage making them all to take some epoch-making decisions, Anamika offers an insight into the lives of the warriors and the silent witnesses who compromise a lot more than just their freedom.

Anamika is the nameless, for she adorns so many roles gracefully. Married to Abhi, the son of an affluent merchant of Ranipur, she soon becomes the victim of fate when a fatal accident blemishes her chances of bearing a child as her husband is rendered ‘useless’ waist-down. While she is indirectly forced to indulge in an act of fornication with her father-in-law just so that their family has an heir, she decides to step up and raise her voice. When the stars shine bright, Abdul, the illegitimate son of shah Ahmad Khan, enters her life and a bargain happens that changes her life forever. The plot thickens when Hassan, Shah Ahmad’s legitimate son; Nadya, a slave entrusted with the task of safeguarding Hassan and Afghani Begum enter the scene to make the wheels of the story rolling.

The best part about Anamika is its varied characterization and strong plot twists. The women are audacious and are often found concealing their vulnerabilities and rising above them. They speak their mind and take decisions after weighing all possibilities. Abdul’s character seemed a little unexplored. He has the capacity to bring about a storm in Anamika’s life but we don’t get to know much about his point of view about the entire situation. The angle of love has been left patchy. While we try to understand Anamika’s desire as a woman, the story’s focus shifts on the political bigotry and warfare. Hence, the mayhem is too much to take in. In the end, the readers might be left dissatisfied.

Overall, I read a historical romance for the very first time but I have watched numerous movies of the same genre. I found that element, that keeps you hooked, missing. But it was a good experience overall.