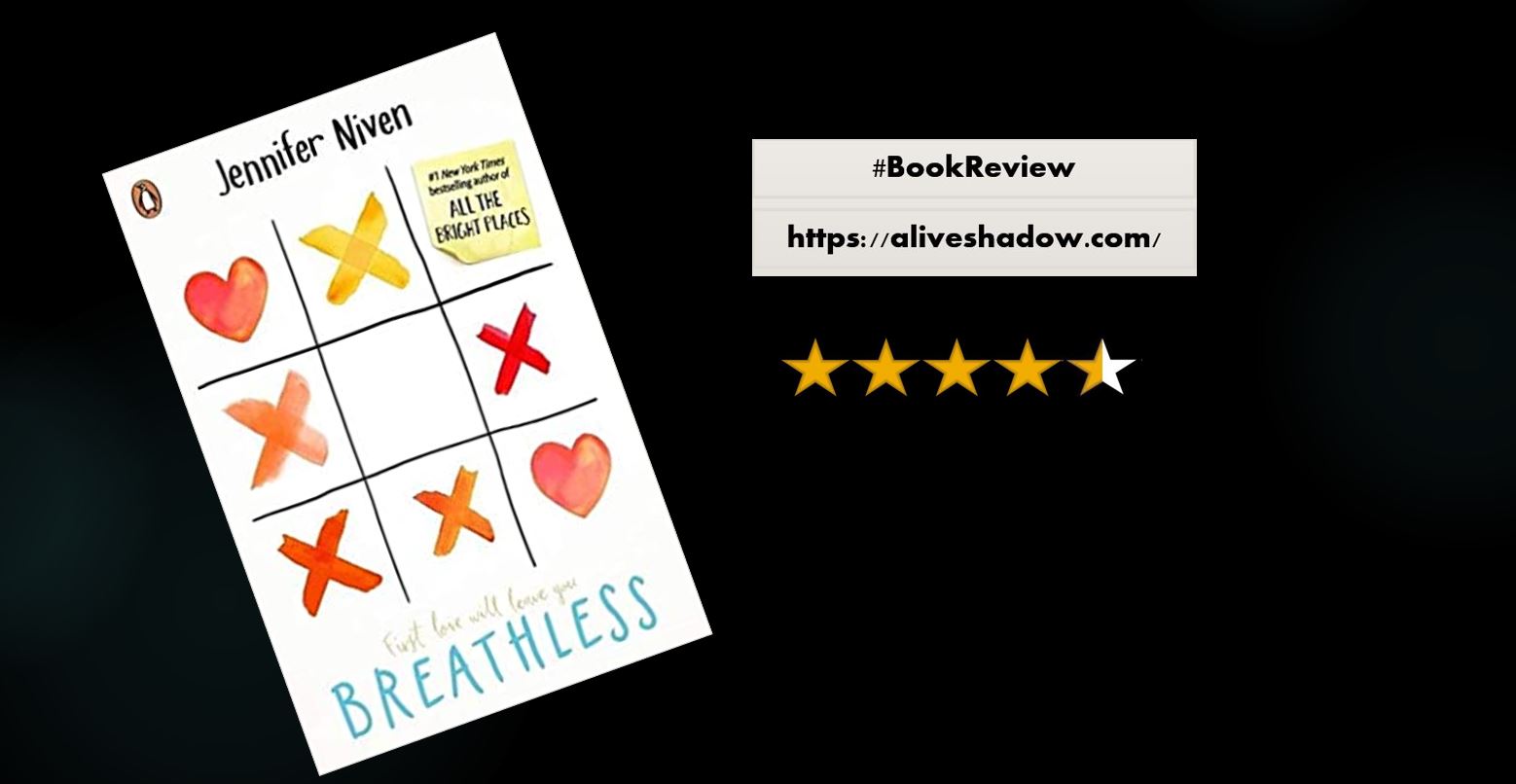 This is the first book by Niven that I got a chance to read. Honestly, she has a flair for words and when she weaves them together, the stardust of magic transports the readers to a world where love and freedom are imperative and everything else is secondary. Inclined more towards being chick lit, Breathless is just wow! The narrative, the illeism, the metaphorical references, the connection between the past and the present, the characters and the plot- all make it a complete potboiler.

Claude Henry is a rebellious young girl who dreams of flying in the sky like a bird. Along with her best friend, Saz, she desires to conquer the world. By the way, for her, conquering the world means falling in love, losing her virginity, getting graduated and living a life of Riley! While her mother and her father sail in the storm of a bad relationship, she finds herself stranded on a lone island, both literally and metaphorically. They say that if it does not involve walking on fire, it is not love. Claude’s fate does make her walk on fire when she meets Jeremiah Crew or just ‘Miah’ because that sounds sexier! He is free-spirited, jovial, roams around shoeless, wears tight (like really tight) military shorts and has a well-chiselled body! When Claude meets him on the island where she moves for the summer with her mother, her distaste for this free islander is palatable. Gradually, battling with her own demons, she finds solace in Miah’s company. I remember reading somewhere that we tend to get attracted to the ones who are opposite to us or the ones who are what we desire to become. Miah is all that Claude wants to become. He doesn’t hold back his soul from experiencing the unprecedented. He goes with the flow. With a surprise always up his sleeve, he doesn’t fail to impress Claude and they both eventually give their hearts to each other. The twist in the wind comes when Claude realises that her time on the island is over and she has to return to the city life where it is more about what people will think and say than about exploring one’s own likes and dislikes, where escaping the chaos is not possible and where love doesn’t come naturally; love is more like an ornate decoration on one’s character!

With absolute control of the characters, Niven deftly portrays each and every raw emotion. With the phrases like ‘unable to feel the floor’, ‘chest is tight’, ‘words don’t find a way out’, Niven practically won my heart because I was so absorbed in the book! After a long time, I found the intimate scenes so aptly placed that whenever Claude and Miah met, my heart pulled out its wings and was ready to soar! This book targets the young adults but the pleasure is equal, like the one you get when you read Mills & Boon (If you are a fan like me).

Overall, Claude and Miah have found a place in my heart. I am too glad that I met them! Niven’s writing makes you feel a part of the setting and develops a sense of belonging with the characters! How beautifully Niven captures the tumultuous emotions of a young girl who is lost and in a quandary when she gets to know that her parents are splitting! As if one shock isn’t enough, fate rolls the dice again and she develops a misunderstanding with Saz, her only friend! The story is not as straightforward as it sounds. There is another angle to it too where Claude comes face-to-face with her lineage and several deaths that happened in the past. But by the time the grim reality takes over the plot, the readers are sure to have developed an attachment with Miah and the island. So the persistent nostalgia is what lingers till the end.

All in all, Breathless is sure to leave you gasping for more of Claude and Miah for sure!