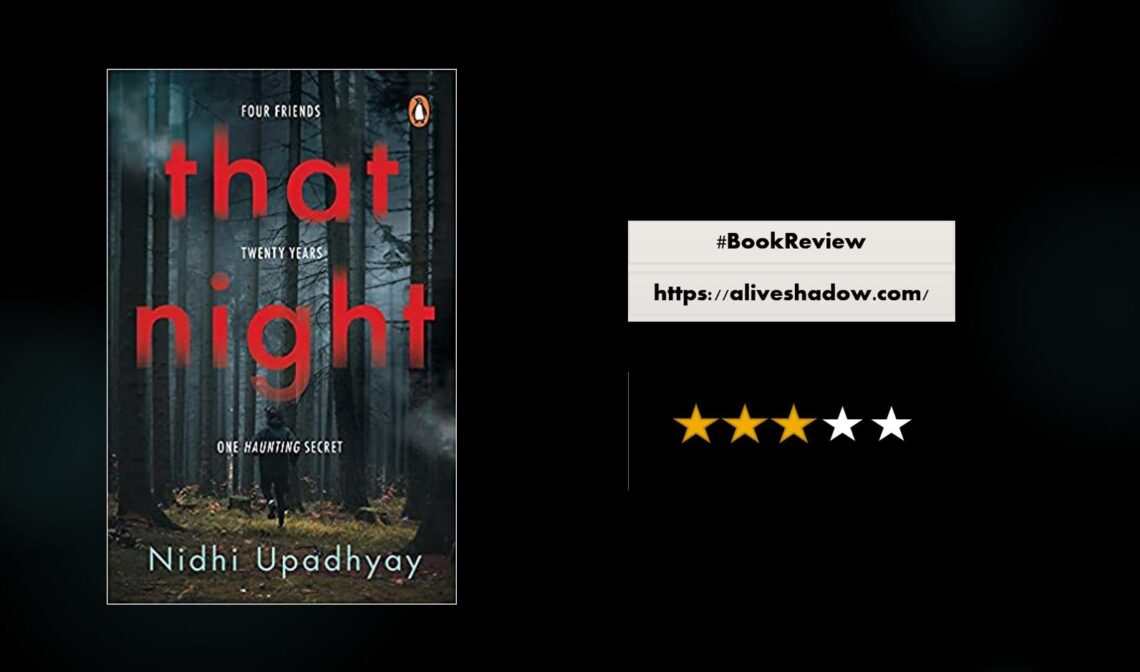 Weaving a paranormal account into a thriller is no ordinary feat. Hence, when I first chanced upon the blurb of ‘That Night’, its relation with the occult and the element of surprise seemed quite promising. Revolving around the lives of four friends who end up playing a game of Ouija one night and the death of one of the participants the same night, this story is a total roller coaster ride, for it never gives you a chance to predict what happens. This quality just won me over.

Katherine, Anjali, Natasha and Riya were busy in their own personal struggles when someone from the past decided to dig the dirt that lay under the pretentious smiles and laudable success of these four friends. While the unknown ‘ghost’ plays several moves to cause fear, panic and honest revelations to take place, the four friends come together after a long break of twenty years to solve the mystery surrounding Sania’s death. What stuck with me throughout the narrative was the unpredictability of the characters, the precision and time of the events, the mapping of alternate scenarios and the overall web that the author weaves where I found myself lost. Honestly, however hard I tried, I couldn’t predict the end. While this is definitely a positive point, it became a turn off for me because I was left with too many knots to untie by the time I reached mid-way through the story. The 150 odd pages (towards the end) became tiring after a point. The characterization is beautiful but each character is shown in a grey light (only). Everyone in the story has a diabolical past and that could be probably because of their own actions and karma. Still, the number of characters and the number of situations that happen in their lives often made me forget what’s what and who’s who! For a very long time, I couldn’t remember who was SK! Nevertheless, I wouldn’t refrain from pinpointing some of the ‘aha’ moments that I had in the story- the presence of a dark horse among the friends, the presence of a liar and the presence of a person who’s always a bundle of nerves. How conveniently each of the characters hides the reality and plays with the emotions of others! How mysteriously they forget something so easily! How cunningly they blae each other for what transpires the night of the incident!

That Night has a strong premise and even stronger outcome but it’s too long. There were some errors in the reported speech but the author’s creative license can probably be the reason here. Overall, That Night is a complete potboiler because each character has a facade to wait and read what lies behind that facade is an enjoyable journey. Yet the impact gets marred by the length. Pick this up for fluid narration, a gripping storyline and to encourage more writers like Nidhi, for they have a gift to entice your reading buds!