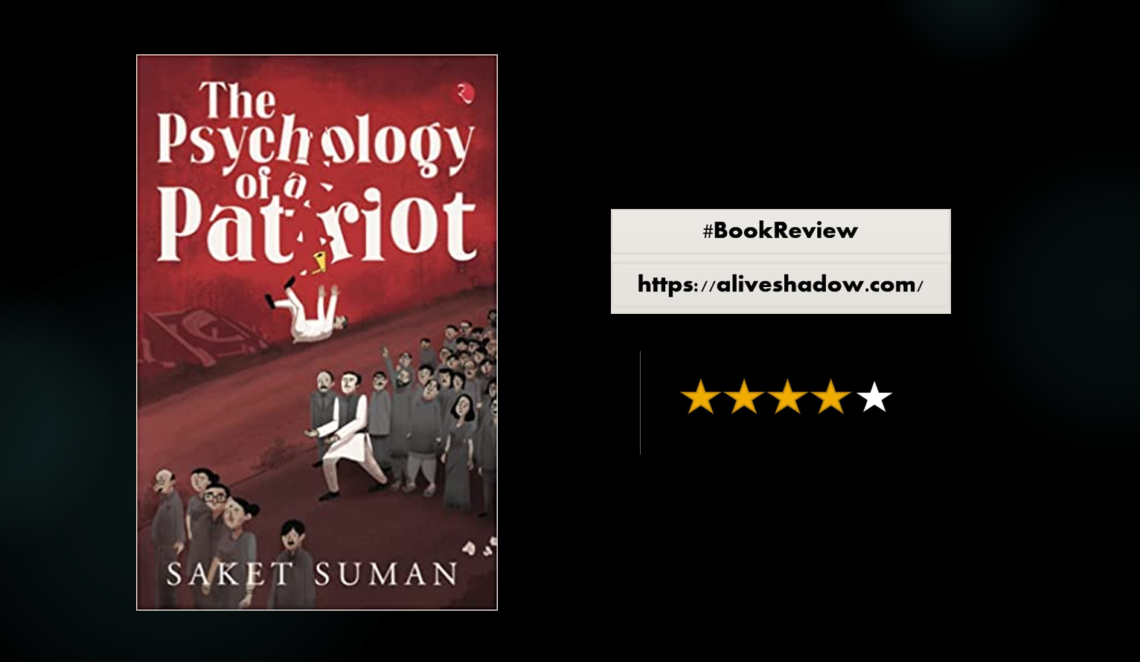 A patriot is a person who can go to any lengths to defend his/her country against denigrators or any other form of evil that threatens the integrity and unity of people. But sadly, people have misunderstood the true meaning of this term just like how they have misunderstood several other terms and use them for their own benefit and according to their own convenience. The Psychology of a Patriot is a bold account that provides an insight into the mindset and belief of a true patriot who thinks rationally and doesn’t fear to call a spade a spade.

Written by a young and astute journalist, The Psychology of a Patriot is reflective. It is capable of raising eyebrows too, for it deals with most of the issues that India has been facing as a country. Eliciting relatable emotions (at least, for me), this narrative brings forth the issues that were conveniently pushed under the wraps when people tried to open the can of worms. Whether it was the government’s decision of passing The Citizenship Amendment Bill or the several protests by the citizens that challenged the decision-making of the government, true patriotism was shown when Indians came together and volunteered to voice out their opinion with much-needed audacity. However, the author doesn’t intend to delve into the socio-political scenario. Instead, he deftly brings out the essence of sticking together and proving our worth as a patriot. He uses pun and irony to make the narrative satirical, thereby probing the conscious that died a silent death when the country was reeling under the threat of Covid-19. Using the anecdotes quoted by three very celebrated personalities- Romila Thapar, Arundhati Roy and Shashi Tharoor, the author draws out the similarities and differences between nationalism and patriotism- something that was very well explained in Mr Tharoor’s The Battle of Belonging.

Overall, The Psychology of a Patriot is an engaging read. It needs an open mind to be devoured in its entirety.