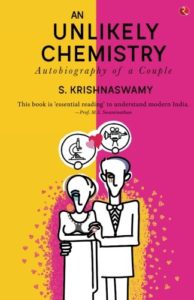 It is said and believed that everyone has a soulmate, the one who will be a perfect match- a perfect fit to your jigsaw puzzle. But the truth is that a soulmate is an allegory of a mirror that shows you all the forces that are holding you back. A soulmate brings out the best in you.

‘An Unlikely Chemistry’ is a biographical account that brings out the essence of the nuptials. Marriage is sacred, for it symbolizes the union of two bodies and two souls into one. It might sound cheesy but very rarely we get to see the couples who strive to bring out the best in each other. This book has been written by S. Krishnaswamy, who writes about how he and his wife subjected their beliefs and notions to the acid test and emerged victorious.

Inclined more towards being an inspirational story, ‘Unlikely Chemistry’ is divided into nine chapters that follow a certain order. Beginning with the brief introduction of the author and his wife, Mohana, the pages unravel the hard-bitten reality of Indian society that is still under the strong grip of sociopolitical dogma. Deprived of choosing what one wants is a general norm here. Amidst such mindset, it was difficult for the author and his wife to pursue what they desired. The first few chapters describe their journey as young adults. The strong narrative helped me read, albeit, I felt, at times, the descriptions were superfluous. The book addresses some of the major issues that prevail in India and defer the progress of women. The couple fought their share of battles and they became stronger with time.

Relating to the prominent events that shaped the future of our 20th century, ‘An Unlikely Chemistry’ is a subtle diatribe on the society and politics. Written by the celebrated documentary film-maker and writer, this book has all the elements that are needed to entice a history fanatic.

Overall, ‘Unlikely Chemistry’ is not only interesting but also informative.

Best Wishes to the author! 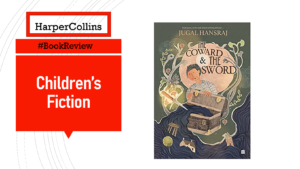 Book Review: The Coward and the Sword by Jugal Hansraj 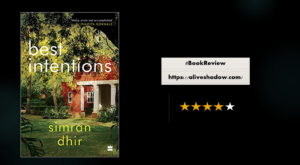 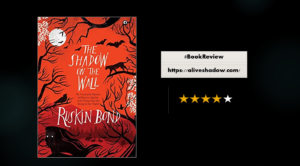 Book Review: The Shadow on the Wall by Ruskin Bond