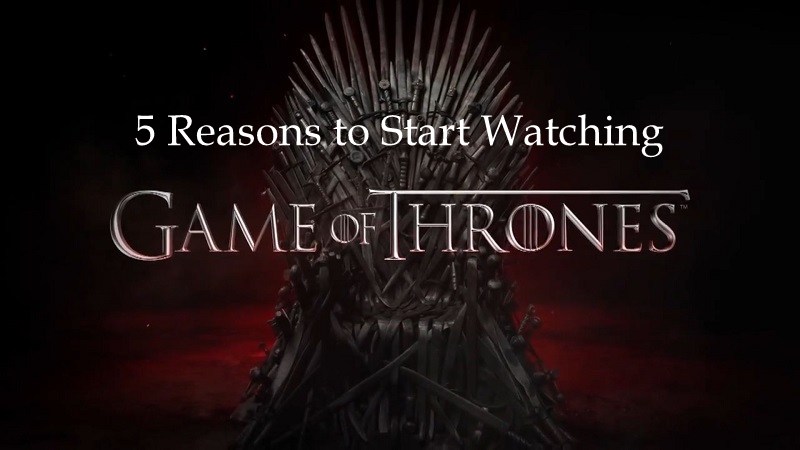 Disclaimer: Game of Thrones is a series with a lot of scenes of violence, gore, nudity, etc. Therefore it is suitable for people who are above 18. But Game Of Thrones is not just about that, its characters and storyline are complicated that you need to have a certain level of maturity to understand it.

It was 2015 when I first heard the pandemonium about Game of Thrones. Believing in the whimsical idea that ignorance is bliss, I did not heed the advice of my friends nor my husband. I avoided the conversations that started with- Did you see the latest episode of GOT. Societal pressure started building up and still I managed to stay true to my belief. I never found politics interesting and Game of Thrones was all about it. Fast forward to 2019, I binged watched the entire series (one last episode- the finale remaining) in two months, taking my own sweet time reading about theories that did not find a mention in a 54 minute episode and learning more about each character. This article will (hopefully) convince you to start watching GOT if you haven’t started watching it yet. Here are five reasons why I can’t stop thinking about the deaths, the bloodshed, the prophecies, the myth and the magic:

The world of Game of Thrones is not an easy ball game to understand. The first few episodes may leave you at loggerheads as you won’t be able to make head or tail out of it. Our mind is like a sponge; it takes time to absorb the information being supplied. Same is the case with GOT. There are so many families (houses), too much back story, plenty of revelations and innumerable logics and theories. Unless you spend time watching each episode without missing the details, you will lose the thread of the story. Another point to understand is that the original book covers each region separately and in more detail. On the other hand, each episode only airs for less than an hour. To simultaneously show the events happening in the four regions is not easy.

GOT basically has three continents in question- Westeros, Essos and Sothoryos. While most of the events happen in Westeros, Essos is less densely populated. The Queen of Dragon’s journey to claim the Iron Throne begins from the far end of Essos. Essos extends eastwards partially enclosing Qarth and Jade Sea. Several famous cities like that of Winterfell, Dorne, Braavos, Pentos are located in this continent. Much of the interior west of Jade Sea is ruled by the Dothraki. Westeros extends southwards from the northern polar icecaps. It encapsulates cities like King’s Landing, Riverrun, Iron Islands, Highgarden, Casterly Rock and so on. Sothoryos is yet to be discovered and lies south of Essos.

Do you notice the intricacy of the GOT world? That’s why the storyline depicts the author’s prowess in forming a world that is closer to the real.

The complex characters in this show form the hallmark of GOT. With their ever-evolving personalities and innuendos, all the characters in the show have a greyer side to them as well. Unlike the trending sitcoms and daily soaps that portray either the good side of the character or the bad side, GOT ensures that its characters do not shy away from exhibiting all emotions. Have you ever wondered why the DC world rules our minds and we become so associated with the superheroes that it gives us? I think it is because these superheroes are more human and flawed, which is also the case with us. This show helps us come to grips with the reality that life isn’t fair at all times. GOT also offers us characters like Ned Stark, who at first blush is good but later on, makes horrible mistakes. We also have Tyrion, who is a dwarf, yet more logical and pragmatic than any of the others. Still, some of his decisions bring him to a near-death experience. There are characters who are ostensibly invisible for an entire season and then they reappear to evoke hatred and disgust. The same characters then transform into someone who evokes pity. Such is the character building in this show!

There are many who say that understanding Literature is not their cup of tea. I say that if you understand GOT and read all the possible theories to predict what is going to happen next, you are a true fan of Literature. As a Language teacher, I ensure that the students in my class understand the essence of each line that is written in a lesson or a poem. To do that, I ask them the repercussions of the actions had they been different. With a full circle view of the plot, the children comprehend the purpose of the narrative. Isn’t this what we do in GOT? Right from the various choices the characters make to various suggestions their advisors give, we are always hooked to our seats trying to contemplate what would happen if this course of action is followed. On a second note, the language (read dialogues) used in this series is something to look forward to. Every character has dialogues that prove important for the events to come. For some, the most loved character might me Jon Snow or Daenerys Targaryen. But for the most, Tyrion Lannister, played by Peter Dinklage, finds a soft spot in every GOT fan’s heart because of his dark humour and smart colloquy.

Here are some of the most impactful one-liners. If these do not entice you still, I don’t know what will!

There have been shows that focus largely on a single theme (read love). And then there have been some shows that have multiple subplots but the writers lack the prowess to interlink and provide a climax to all the opened plots. Game of Thrones is not only about the noxious influence of power, but also about several other things. The series explores the plethora of options that the characters are presented with. While all options come with a price, they also test the loyalty towards the loved ones and hatred for the enemies. GOT offers a surprising connotation of social justice as well. It is quite evident that the underdogs and the ones who are portrayed to be weaker in the initial seasons often undergo a major character renovation. Even though this series is adult rated as it is too salacious, sometimes these scenes add to the depth of the content. Though at all other times, they are unnecessary. Coupled with sardonic humour, lyrical dialogues and moral ambiguity, Game of Thrones caters to the interests of the intellectuals too. The show focuses equally on the battling kingdoms (a metaphor for life today), conspiracies in politics, socioeconomic divides and a frail economy. Another theme around which the entire show revolves is the conflict between duty and love. Often the characters are seen battling for virtue and ethics. But their actions are not in accord with their beliefs. The reasons are legitimate. And that’s what makes GOT one of the most unpredictable series ever made.

5. A Mixed bag of myth, mystery, fantasy and magic

We all love to watch fantasy movies and serials that transport us to a distinct utopian world. While you might be wondering if Game of thrones is only about several people fighting tooth and nail for an iron throne, it is much more than that. There are direwolves, shadow monsters, priests, white walkers and medieval combat sequences. The show is based on several prophecies (remember Harry Potter’s prophecies that drove you towards the character more), several myths that are proved right at the wrong time and vice versa. All these elements make it a perfect potboiler that not only appeases the eye but also the mind.

With these five pointers, I hope I have convinced you enough to start watching Game of Thrones right away. With just 48 hours left to witness one of the most awaited finales of the year, I felt it just right to urge more and more viewers to watch and enjoy this show. It is not a joke that GOT has attained such a humongous fan base. The reasons are here before you. So binge watch and let me know if you liked it. And if you an ardent follower of GOT already, I wouldn’t mind discussing the latest season that is gathering more haters day by day!