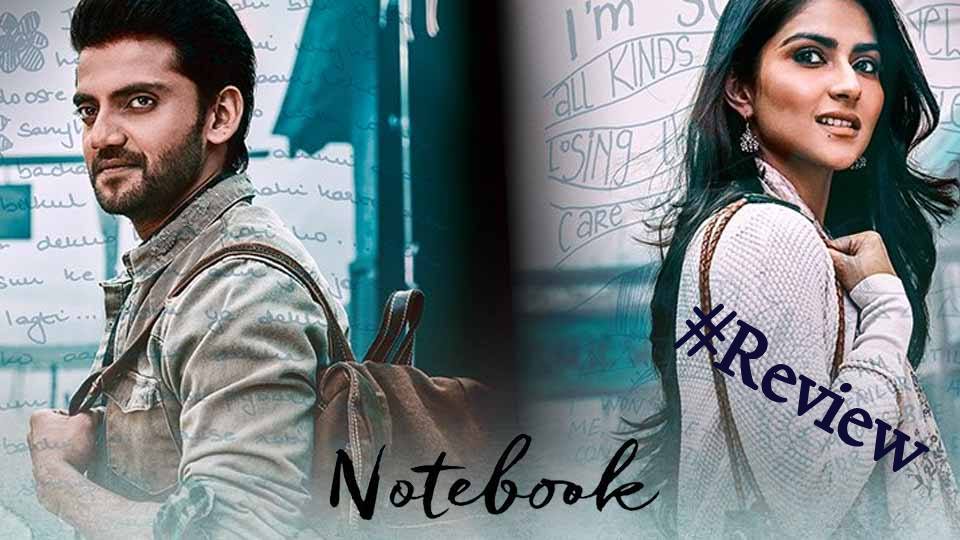 It is said that love isn’t about finding the perfect person. It is about realizing that an imperfect person can make your life perfect. ‘Notebook’ by Nitin Kakkar establishes the truth of this saying in a near-perfect sense. If you are old school and are enticed by the idea of innocent romance and silent love, this is the movie for you. Taking us back to the days of school when writing diary was the cult and confessing our feelings on paper was the only way to express love, Notebook is an endearing story of belief, love and hope.

Set in the pulchritudinous valley of Kashmir, Notebook begins on a grim note- the death of a young boy running behind a calf. However, the tone swiftly mellows down and we are introduced to the desolate Wular Public School where finding a person is equivalent to looking for a needle in the grass! An ex-army officer, Kabir, decides to return to his hometown, Kashmir and help salvage the school that was once set up by his father. The only condition is that the school needs a teacher who can live on the boathouse for five days and return to the city only during the weekends. Kabir is warned yet he takes up the job. Upon reaching the place, he realizes the harsh reality- survival in that godforsaken place is not a piece of cake. With frogs and fish as the only neighbours, Maggi as the only food and seawater as the only hope, he tries his best to adjust but fails miserably. It is then when he finds a silver lining in the cloud- he finds a diary that belongs to the previous teacher. Notebook traces Kabir’s journey to find himself through Firdaus’ experiences. While both narratives run parallel, the viewers are bound to fall in love with Kabir and Firdaus and of course, the kids who adore these two teachers.

Kakkar’s writing might be mediocre but the intensity of emotions is quite overwhelming. With heart-touching music and genuine moments of romance and longing, he wins the battle. There are many scenes that remain etched in your mind even after the movie is over. For instance, whenever Kabir or Fidaus caress the wooden bar that they use to measure the height, one of the students sweetly says ‘Kya kar rhe ho? Gutar goo, Gutar goo’. Even though Kabir and Firdaus meet only in the last scene, there is a surreal connection between the two! Notebook takes you back to the days of innocent and selfless love- the time when people fell in love with the qualities of the person and not the appearance.

Even though the movie had mixed reviews, I liked it very much owing to its simplicity and the execution. Today, impatience and lack of time has forced people to decide and then fall in love. The process of falling in love has become fast track; falling in love is now just a swipe away! However, Notebook brings back nostalgia. There are moments that are sure to make you go ‘Aww’. Not only this, but the movie also touches upon some of the more important themes. It showcases how survival amidst terror is usual in the valley. It also appreciates the spirit of those children in Kashmir who, in spite of difficult circumstances, do not want to miss any opportunity to learn. It celebrates the audacity of those children who are desirous of learning so that they do not pick up the gun. And lastly, it commemorates love and the bizarre situations where it can be found!

Said to be an adaptation of a Thai film, My Teacher’s Diary, Notebook is a love story that lacks action. But that is not a drawback because, at times, when life becomes chaotic, such movies act as a balm to the soul.

Do watch this movie for its lucid and unpretentious plot.