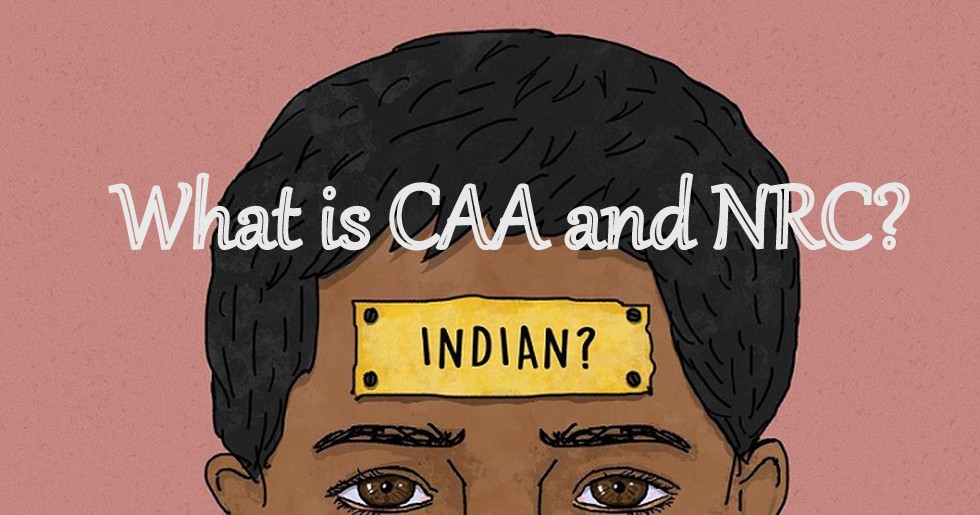 On the midnight of 14-15th August 1947, one stroke of pen decided the fate of millions of people. The Partition of India brought about a revolution of hatred, unclarity and ambiguous decisions. While one nation decided to uphold the cultural values of their ancient land, the other decided to propagate a particular religion with irrational zeal. The Muslims living in India were given equal status and also the privilege of enjoying the Constitutional Rights. On the other hand, the birth of Pakistan was a boon for the Muslim population but at the same time, the interests of the minorities like Hindus, Sikhs, Christians, Parsis, Buddhists and Jains were neglected in that country. As a moral obligation, the government of India should have thought of protecting the human rights of these people who suffered without any fault of theirs. But as fate would have it, we made a blunder. CAA is merely a solution to rectify the mistake that we made many years ago.

CAA or Citizenship Amendment Act (2019) amended the Citizenship Act (1955) by giving the minorities a chance to escape religious persecution in three of the neighbouring Muslim-majority countries- Afghanistan, Pakistan and Bangladesh. Six religious communities have been listed as minorities under this act- Hindus, Sikhs, Parsis, Buddhists, Christians and Jains. Any person who entered India illegally on or before December 31, 2014, will now be eligible for Indian citizenship. According to the 1955 law, if a person has been residing in India (or has been a part of Central Government Services) for at least 11 years, he/she will be eligible for citizenship. The amended act reduces this time frame to five years for all immigrants from the aforementioned three countries belonging to the aforementioned religious communities.

NRC or National Register of Citizens of India is an official record of those who are the legal citizens of India. As of now, this database has been maintained (and updated) only for the state of Assam. The aim of NRC is to identify the illegal immigrants, regardless of their caste, creed, religion or sex. Those immigrants will be detained and eventually deported/sent to detention camps after following a proper legal/ judicial procedure. Those eligible will be allowed to apply for citizenship through any of these five processes (Click here for detailed information):

Here is a summary of what all one should know about NRC (as speculated):

What is the confusion?

There is a perception that CAA aims at discriminating against the Muslims, denying them rights of the Indian Constitution. This notion has gathered steam because of the uninvited connection between CAA and the NRC. Consequently, there are protests all across the country in form of vandalism of public and personal property, stone pelting, violence, bombing and politicization of the issue.

Plenty Wrong With the Public Protests

CAB was passed on December 11, 2019. Even after 9 days, the misplaced anger has not died down. Having decided to keep common sense at bay, the protestors are crossing limits day by day. What started as a peaceful protest has now transformed into heinous acts of vandalism and violence. Several appalling instances make us question the sanity of the youth.

The protest has been said to be started by the students of Jamia Milia Islamia. It is strange that even though the total strength of the students is 3000, the number of protestors was beyond 30k! It is these same students who are torching the vehicles and throwing petrol bombs on the police. While they claim that the police cannot beat them up if they are doing a peaceful protest, they seem to have forgotten the meaning of the term ‘peaceful’. It is shameful that youngsters with such atrocious behaviour are getting away with whatever they are doing just because they are students! It is also shocking to know that celebrities like Farhan Akhtar and Dia Mirza, without complete understanding of CAA and NRC, are standing together with the students and feeding social distrust and disharmony, thereby adding fuel to the insecurity of the Muslims.

The action plan for the ones who will be sent to the detention camps is still ambiguous. Considering the current scenario of the country where the economic slowdown is gripping the nation and people are losing jobs every other day, the idea of keeping aside funds for the people who will stay in these camps definitely raises eyebrows! But since the rules have not yet been formulated, jumping the gun and passing any judgement would be an exhibit of our naivety.

What Should We Do As Responsible Citizens of India?

CAA promises a silver lining of hope to the minorities residing in the three neighbouring nations by uplifting their social strata and freeing them from the label of ‘second class citizens’ and saving them from the forced conversion of religion.

Progress is a nice word but change is its motivator. And change has its enemies. With these words by Robert Kennedy, I just hope that we all use our common sense and understand that CAA and NRC are just amends in the constitution. I also hope that these changes will reap benefits in the long run!