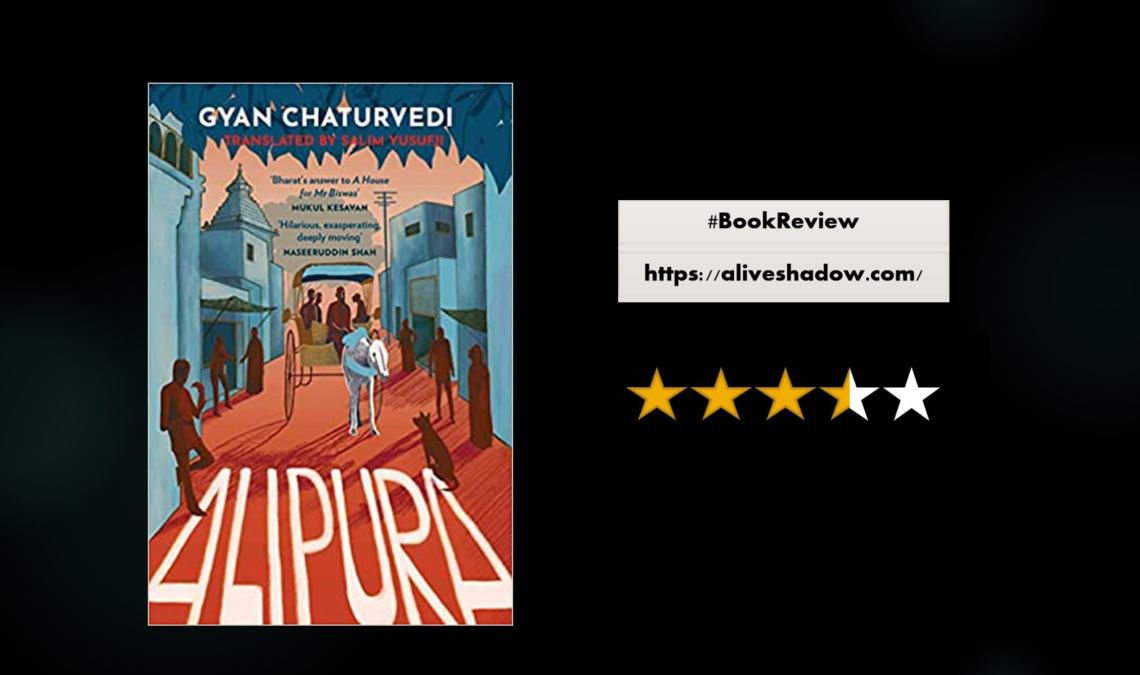 Set in the backdrop of Alipura in the Jhansi district of India, Alipura is a brilliantly translated version of the original Baramasi by Gyan Chaturvedi. Even though the English version lacks the flavour that the original must have had because of the language, it still easily manages to pass the muster because of its alluring narrative, use of local dialect as much as possible and use of satire through descriptions and words that spew black clouds of revulsion in our society.

Alipura is a story of an Indian family which is rooted in the culture and the traditions that help the members remain eligible to be called ‘a member’ of the society. A widowed mother who desperately wants to send off her daughter to her prospective husband’s house forms the pivot of the story while her sons battle against fate to carve a niche for themselves in the world. Joining the threads of their lives together by throwing glimpses of their lifestyle, the author aces the description but also makes the pace slower. Clubbing irony with satire, Alipura perfectly manages to capture the essence of Indian society and several of its perils.

The writing is crisp, plot taut and of course, the characters are brought to life with their active engagement in every scene. It is interesting to notice the uncanny similarities between the two eras! It is even more interesting to know that the outlook of the people is still the same- they believe that ignorance is still bliss!

Overall, I found the translated version no less entertaining but this can also be because I haven’t read the original. Kudos to the translator for bringing out the beauty of unwanted banters, unsolicited advice and unpremeditated choices of Indians.