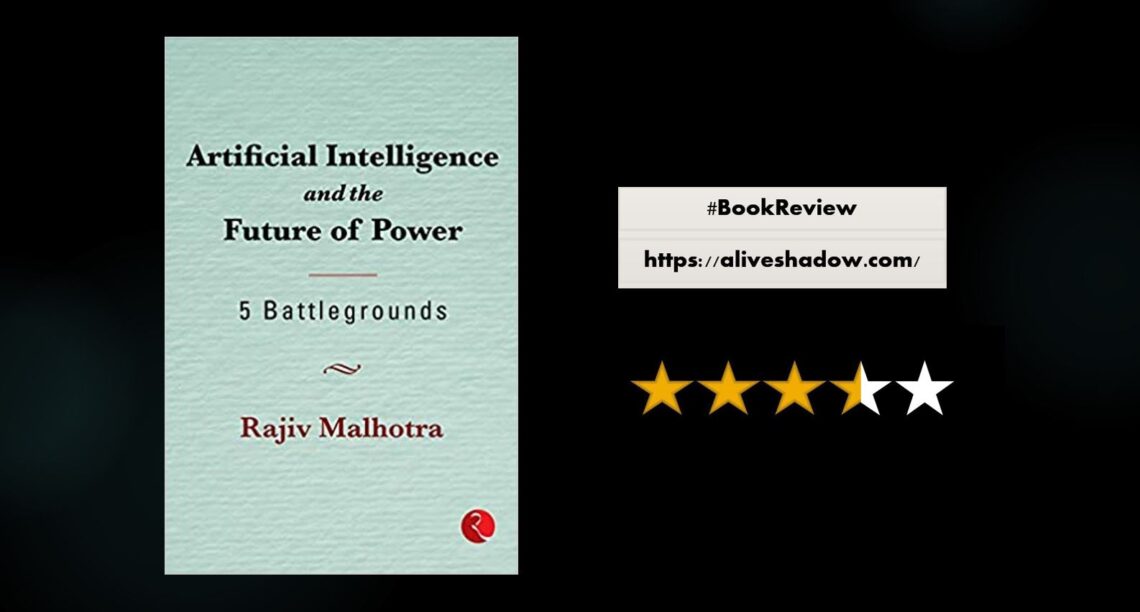 The advent of Artificial Intelligence has definitely augmented the way humans work. Not only have the machines become smarter but also more dependable. But the debate on how will AI shape our future still continues to invite opinions and counter-arguments. Artificial Intelligence and the Future of Power is an earnest attempt to decipher how prepared the common people are to allow AI to take over their lives without knowing the actual impact it would make. Dependent and unaware, Indians rely on their leaders to tackle the complicated matters. Hence, their unawareness about the development in technology and its life-changing impact is making it all the more difficult for them to come to grips with the changes that await them.

Artificial Intelligence and the Future of Power has been drafted meticulously keeping in mind the five major battlegrounds that will divide the world in such a way that all the boundaries will become visible and people/humans will suffer at the hands of their own ignorance. AI revolution will bring about such a massive change that there will be new winners and new losers, a new class of rich and a new class of poor. The problem with that is the common people will be left behind as mere bystanders who wouldn’t have any clue about the technological giants’ actions and approaches. To know that China and the US are in the constant fight to gain an upper hand on one another is appalling. And to think of where our country stands is petrifying, for the percentage of people who are not even exposed to the concept of AI is way higher than anticipated. The author mentions about five battlegrounds that determine how close or far we are from becoming a developed country.

Battleground 3: The Moronization of the masses – bowing down to the digital deities

Battleground 4: Loss of selfhood to artificial emotions and gratifications.

Elaborating on how the weakened data policies and the dependence on other countries for hardware and software is propelling India in a direction from where digital colonization doesn’t look like a distant dream, he mentions that the quest for basic necessities is so intense that nobody has the time nor patience to think of exploring new avenues and celebrating what technology can do for them.

Overall, Artificial Intelligence and the Future of Power is blunt yet true. The only problem with it is that it doesn’t solve the problem of ignorance. I still wonder how several others are going to be made aware of what’s happening in the world!