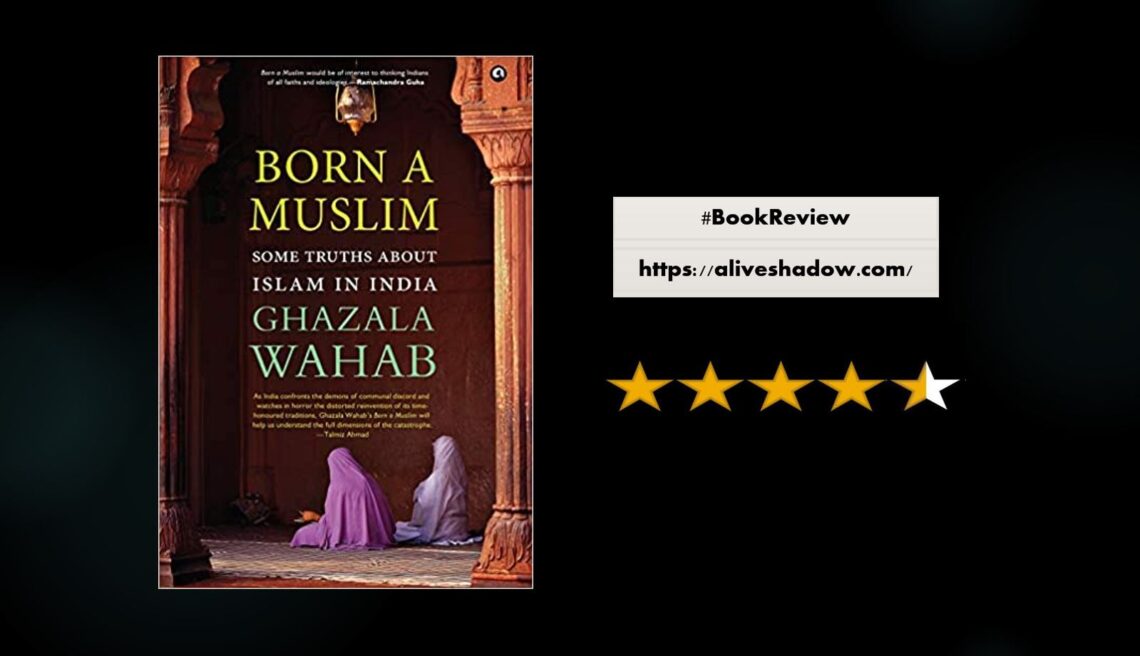 Ghazala Wahab’s Born a Muslim is a compelling account that describes the plight of every Muslim who has to bear the brunt of his/her identity and pretend to be someone else in order to become a part and be treated as an equal, not an outcast. Even though Muslims live across the world, the countries which have the majority still do not promise democracy to the Muslim population. Probably this is how the strict beliefs and norms are perpetuated into their minds and they are made to follow the unidirectional faith without having the courage to question the right and the wrong. Born a Muslim examines the struggles of belonging to a religion that often thrusts its believers towards a more complicated belief system that is sometimes, questionable.

Islam has often been the pivot around which the political parleys are based. Right from believing that the people of this religion have forgotten the spirit of the religion to the belief that Muslims cannot forgo the dogma that binds them to a specific set of rigid rules- all the beliefs are mere point-of-views. The more the passers-by, the more the opinions. Hence, this account by Wahab is like the experience being narrated from the horse’s mouth. Consequently, it is more believable and evokes empathy. Like another attempt to bring forth the perspective of liberal Islam through ‘Who Killed Liberal Islam?’, ‘Born a Muslim’, too, brings forth some truths about how Islam is practised in India.

Tracing the inception of this religion to its propagation and acceptance, the author throws light on the living conditions and the hindrance in the growth of people (both financially and socially) belonging to this religion, thereby citing the reasons and the mental conditioning that each Muslim has to undergo during the childhood. Several Muslims have now transformed into liberal Muslims who do not follow the dogmas quoted by Quran. Ghazala says that with time, change also becomes an integral part of our lifestyle and belief system. Hence, the rulebooks need to be updated too. That doesn’t mean disrespect of any kind. Yet being confined by religion often doesn’t provide fruitful results. Using her very own experiences in form of anecdotes and memoirs, Wahab builds a narrative that is blunt and bold. It is saddening to read about the condition of Muslims in our country! More disappointing is to realize our outlook and the hostility of the governing bodies towards this section of people. Ironically, the religions that preach that all humans are equal form the very reasons that breed hatred and hypocrisy.

Born a Muslim is insightful. Well-researched and well-articulated, this account is sure to open new perspectives. This is worth a try.