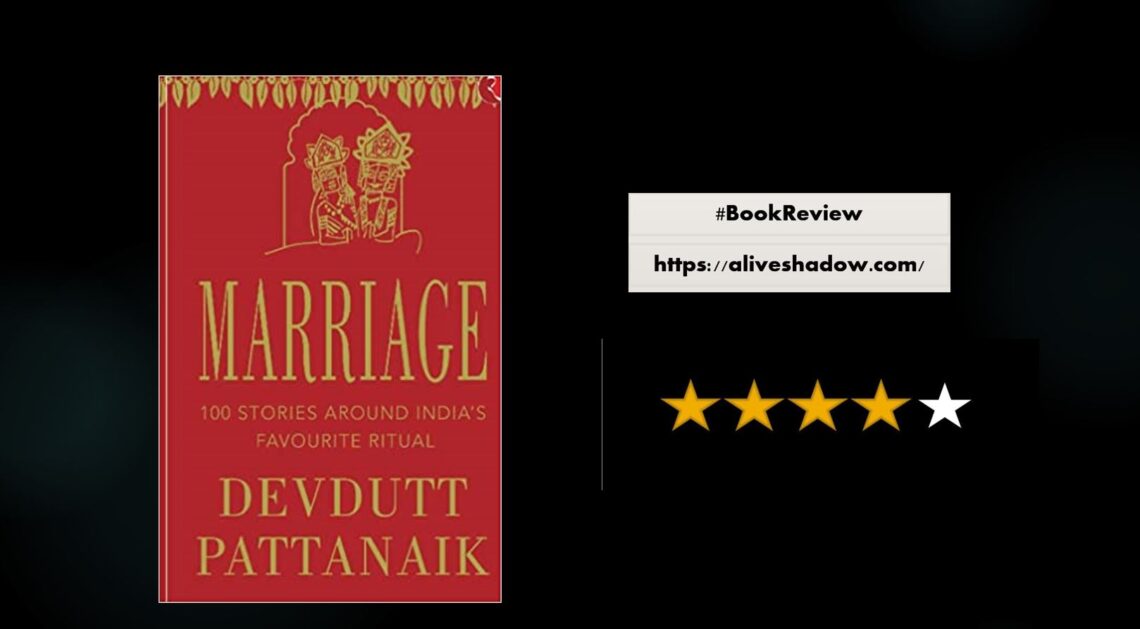 The truth about mythology still invites insurmountable opinions that are based not only on religious beliefs but also on the notions that are perpetuated in our society from the time of our birth. Devdutt Pattanaik is known to highlight the relevance of mythology in the present world and establish connections with the characters in order to understand their reasoning and convictions. His new book ‘Marriage’ is a collection of 100 short tales from our past that speak about various rituals, customs, beliefs, sacrifices and values.

Beautifully blazoned using pen and ink illustrations, Marriage comprises several sections that highlight the prevalent rituals related to specific themes. Some of those themes are singledom, infidelity, children, heartbreak, coupledom, property and wooing. Each theme has a collection of tales in which the Gods, Goddesses, sages, asuras, kings and queens embark on this journey of companionship. There are Gods who marry multiple wives or god-wives who are allowed to marry several men, there are gods who believe that cheating for pleasure is acceptable and then there are goddesses that use the charm of their beauty to woo the men they like/dislike. I would be lying if I say that the stories are enjoyable. But, objectively, the author doesn’t have any role to play here. He just uses his words to represent these stories as short stories. He doesn’t even express his liking or disliking for a specific ritual. It, eventually, boils down to the reader’s perception and acceptance. I felt disgusted by some of the stories and those tales did make me raise eyebrows at my belief in Gods. Yet I understood something imperative. As long as mythology doesn’t form the sole basis of my living and doesn’t start governing my actions, reading the stories is absolutely fine.

Even though they sound unimaginable, the stories of Draupadi, Parvati, Sati, Sita, Rukmini and several more Gods and Goddesses keep you hooked. For all those who are wondering if the author imposes his beliefs on the readers, you are terribly wrong, for Devdutt Pattanaik is one mythologist who releases a disclaimer even before releasing his book. Though the book doesn’t evoke any debate of the sort as it is just a collection of stories, reading these stories can definitely make some believers question their God!