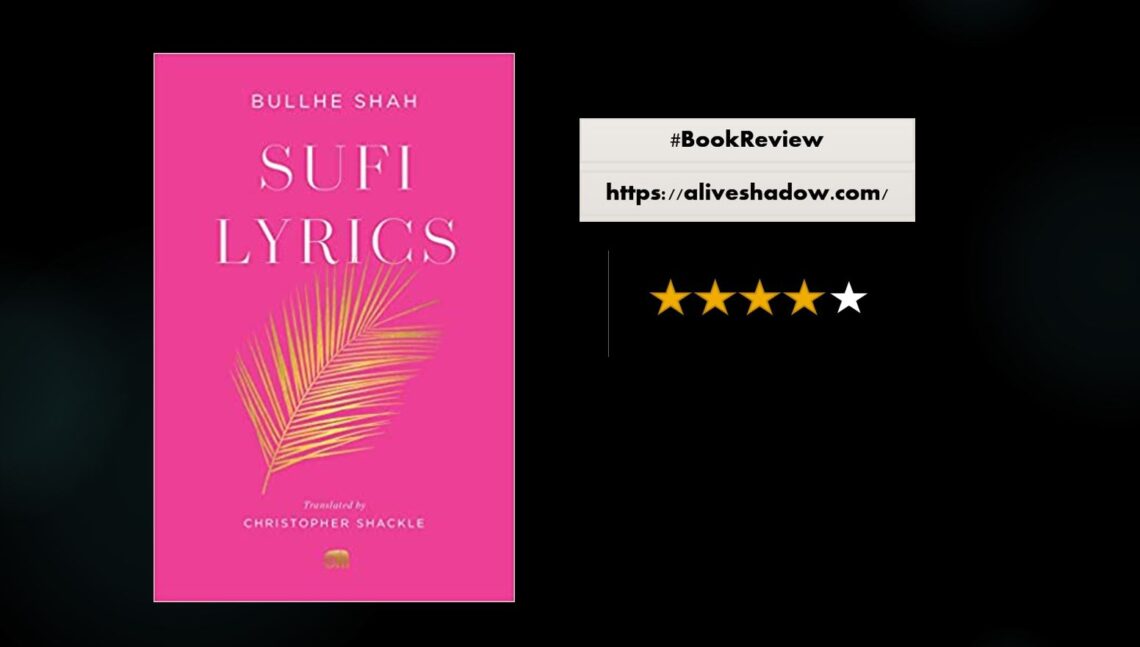 Syed Abdullah Shah Gilani, known as Bulleh Shah, was a Punjabi philosopher and Sufi poet during 17th-century Punjab. His works have been translated widely and the lyrics of his Sufi poems have been used in Bollywood songs like Bandeya, Bulla ke Jana, etc. Known for his liberating verses, Bulle Shah’s poetry is often the most sought option when it comes to finding solace in words and thoughts. Since Punjabi is a biscriptal language that can be inscribed in Gurmukhi in Indian Punjab and in Shahmukhi in Pakistan Punjab, the Sufi poets like Bulle Shah made an evident effort to erase the solid boundaries that religion created. Bulle Shah’s poetry aims at dissolving those boundaries and rendering hatred defenceless.

Sufi Lyrics is a translated version of some of the best poetries by Bulle Shah. Most of the poems focus on the theme of unity that originates through love- a sublime feeling that not only provides delight but also enough pain. Each poem has an allegorical meaning. For instance, the second one talks about the pain a girl goes through when the day of her wedding nears and she braces herself to be separated from her flock! It is a delight to read the translated version and introspect about how the usual, mundane things in life can have a larger implication or can be replicated by vivid imagery.

Sufi Lyrics is a book that should be devoured when one has time and the peace of mind to think and reflect. It is a gem and it should be treasured. I am glad I got a chance to be exposed to Bulle Shah’s brilliant writing!