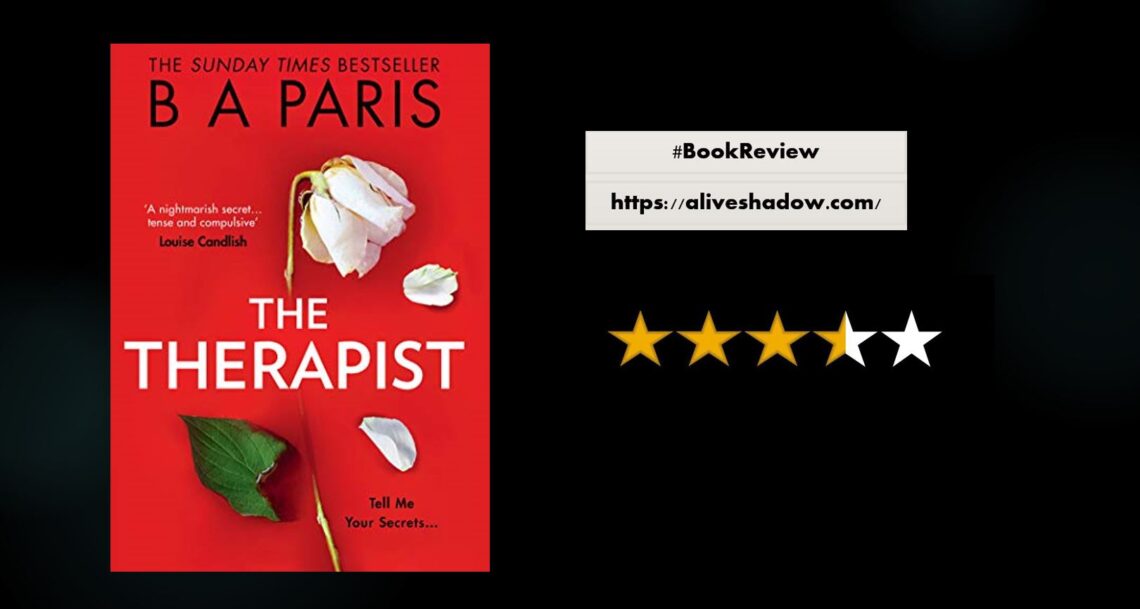 When Alice comes to The Circle to look for the life she has always dreamt of, she is unaware of the secrets that the walls of her house hold. Not only the house but also the people in The Circle behave like the thief in the night! ‘Mum’s the word’ is what Alice is told every time her brain cells trigger an array of thoughts. There’s no one she can trust other than the dead and there’s no one to share her misery. What unfolds before the readers is a conspicuous chase to find whodunit!

The Therapist by B. A. Paris is a mystery thriller that provides genuine moments of fear and apprehension. The story revolves around house no. 6 which is bought by Leo Curtis and Alice Dawson, the lovable couple who has just moved to London. They aren’t married but that doesn’t hamper their relationship. While Alice is keen on inviting the neighbours to get to know them better, Leo wants to take it slow. His agitation peaks when Alice invites the neighbours over for drinks one night and things seem to be all over the place when Leo is told by her that a stranger had turned up in their house that night. In the attempt to find who the stranger was, Alice opens a can of worms.

Soon, she discovers that the house she lives in had been the crime scene for a murder that took place some time back. Horrified and feeling betrayed by her lover for not telling her the truth, she tries to join the dots with the help of an unknown acquaintance. The riveting twists and the unprecedented revelations form the rest of the story. While one might wonder if that section of the story is interesting or not, I hate to admit that it’s a drag. Alice comes across as an eccentric individual who doesn’t think twice before spilling the beans before anyone. Sometimes it bothers you as a reader. On other occasions, you wish Alice had not found anything new, for she wastes a lot of time deciphering things. What’s interesting is the baggage that every other person in the story carries around. They try to sift through life, escaping the troubles yet problems seem to find a way into their busy schedules.

Amidst love, betrayal, pretence and a diabolical past, Alice reels under the pressure of surrendering to her circumstances or fighting for atonement. In what way, you might ask? Well, read for yourself. The climax is worth waiting for and that’s what prompted me to give this rating. It’s totally unexpected and you will enjoy that sweet moment of mini victory where the mind and your heart are in conflict!

Overall, The Therapist uses irony in its title to convey the motive behind writing this book. It’s a fabulous story. The only drawback is its length!