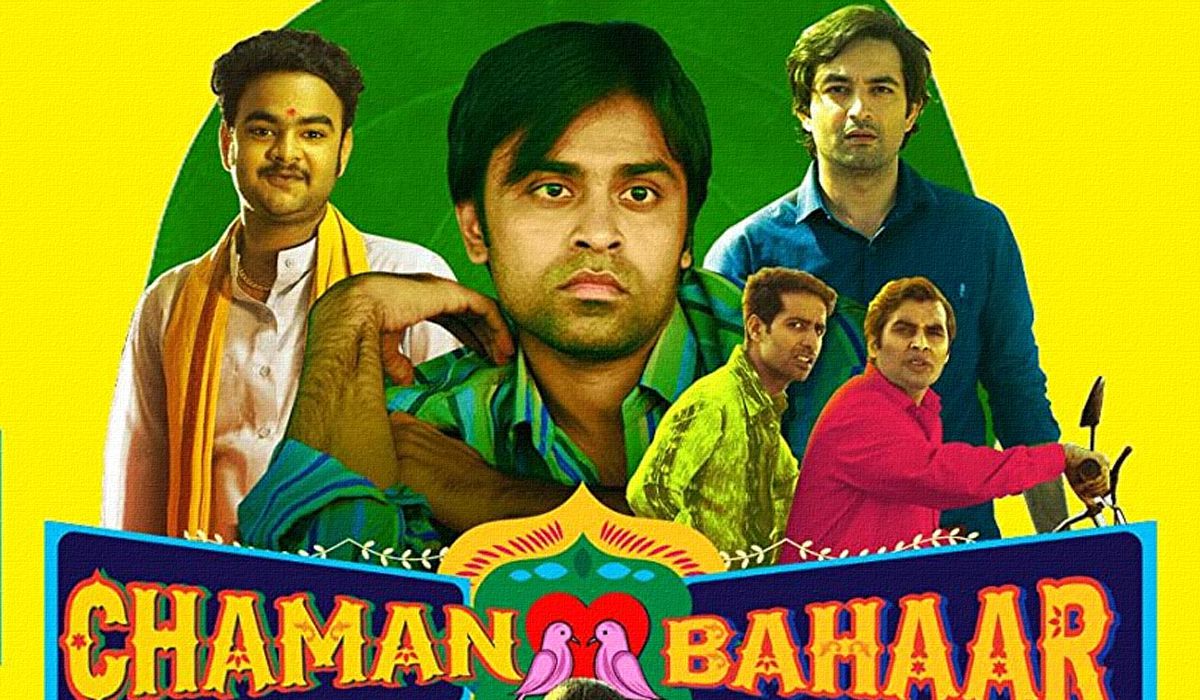 If there is something positive that this lockdown period has offered me, it is the chance and the time to watch and appreciate the talent that often goes unnoticed. Watching the not-so-hyped movies on the streaming platforms is the new normal and I cannot stop appreciating the impeccable acting by the newcomers and the underrated actors. Just recently, I watched Chamar Bahaar starring Jitendra Kumar. The film is a comfortable family drama that focuses on the one-sided love story of a paan seller.

Starring Jitendra Kumar in the lead role, Chaman Bahaar is his story of hope, resilience, ambitions and the eventual failure. When Billu (Jitendra Kumar) argues the toss and refuses bluntly to take up a job in the Forest Department, his father is at a cross with him. With the help of his friend, he manages to buy a small shop at the outskirts of Lormi, a district in Chattisgarh. Chaman Bahaar, as the shop is called, fails to attract customers because the district boundaries change. Consequently, Billu ends up spending more time squatting and waiting than actually making any money. In one of the scenes, his father gifts him a poster of ‘Lakshmi ji’ promising him that the goddess of wealth will shower her blessings on him. And the blessing comes in the form of Rinku, a young and beautiful girl in flesh and blood who comes to stay in the vacant house located right opposite to Billu’s shop. If you are thinking that Billu’s days become more fortunate because he finds love, you are absolutely wrong. His days change because his shop starts receiving more customers (the ones who stop by his little dream in order to gawk at Rinku, their objet petit a).

The movie is a subtle reminder of the men-centric society where men gape at women, considering them to be mere objects of pleasure and entertainment. Rinku is addressed as the girl who wears half-pant (shorts). Her identity gets lost in her outward appearance and that might hurt the sentiments of many. There are several other colourful and quirky characters like Somu, Chotu, Shila and Ashu Bhaiya. The plot of the film is static as it seems restricted within that small space where Chaman Bahaar, the shop, is located. The tone fluctuates from comical to sentimental and finally, satirical. Mocking the misery of the girls who face eve-teasing on a daily basis, the writer does a wonderful job opening the facade of male chauvinism. And then there is our very own Billu, who is lovelorn yet sanguine. Rock-ribbed and witty, he resembles the ‘striker’ of the carrom that slides on the carrom floor with the aim of wiping out all the ‘other gotis’ from the way. This part of the movie is not only hilarious but also ironical because it reflects the animal instincts that are still there inside humans. Just like how the male animals mark their territory around a female animal (with or without her consent), men, too, mark their territories around women who please their eyes.

That’s not all. The movie also throws light upon the miserable plight of the people below the poverty line who are not privileged enough to love or be loved. Oscar Wilde has rightly said the love is the privilege of the rich. The poor are supposed to be pragmatic and prosaic. Sadly for Billu, things turn topsy-turvy when he gets trapped in the enterprises of the spoilt brats (his so-called well-wishers) and ends up defaming his father who has worked all his life earning a respectable position for his family in the society. The premise also turns a little turbulent when Billu, because of an uncanny and unfounded impulse of taking revenge from Rinku, ends up besmirching her name without any fault of hers. He does learn a lesson but that’s the sad part.

Jitendra sparkles in Billu’s role. His friends who address each other as ‘daddy’ or rather ‘duddy’ in their local dialect also prove out to be marvellous in their respective roles. Billu’s father educes empathy and pity because of his genuine emotions when a plethora of problems befall him. The movie is slow, no doubt, yet it has the potential of evoking varied emotions in the viewers. While you might be left feeling sad for Billu after the ordeal he goes through, the climax of the movie is bound to make you repulse people like him who are incorrigible and thankless.

Chaman Bahaar is honest and raw in terms of depicting the emotions. Its weakness lies in what it proclaims; it fails as a comedy, for more than finding it humorous, I felt uncomfortable watching men ogling at Rinku. The movie also throws light on the helplessness of the parents who try to safeguard their daughter from such concupiscent menfolk. However, certain elements still remained a mystery- like why didn’t Rinku complain about the men who chased her daily? Why did her family move to such an isolated place?

All said and done, movies like Chaman Bahaar are not everyone’s cup of tea. Such movies are not solely for entertainment but they are supposed to be savoured. The purpose of such movies fails if the audience fails to get the underlying message. Thus, if you find pleasure in watching such movies, this should be your pick.

This article was first published on Just Film (an African Magazine).