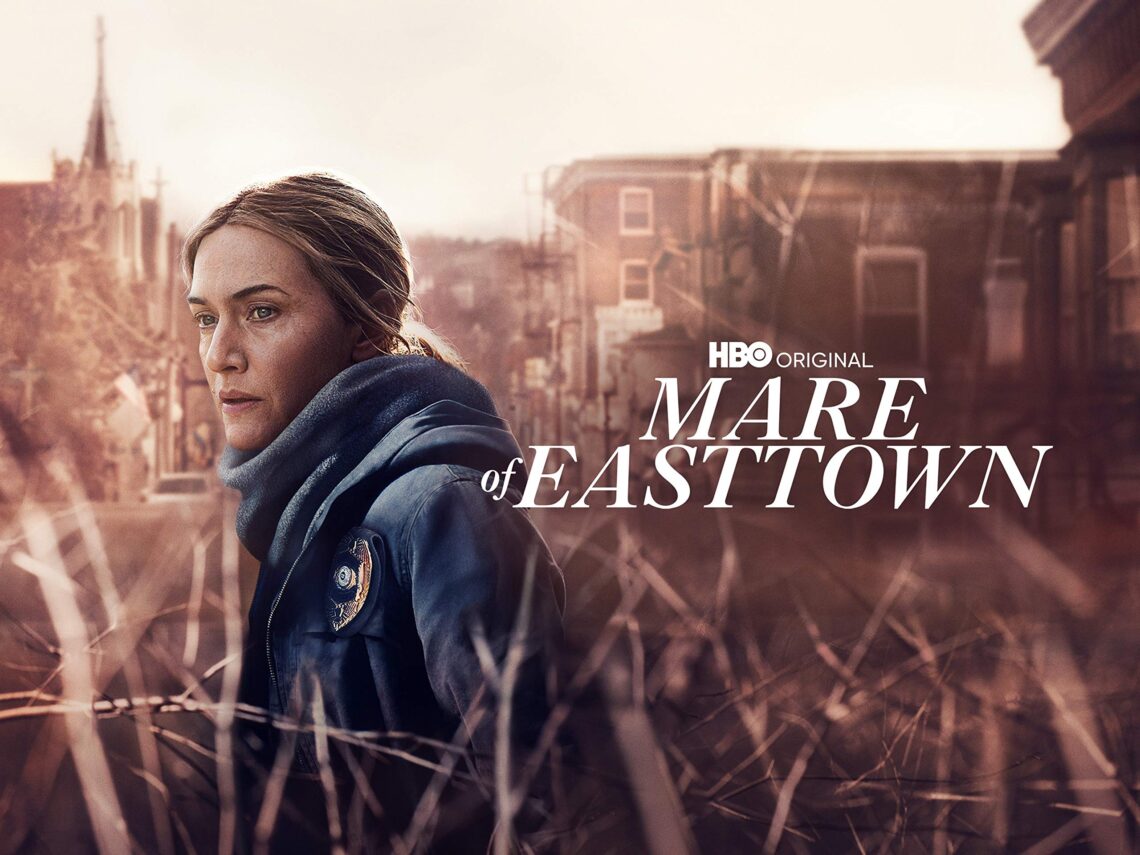 When Kate Winslet leads the story to the finish line, who can question the credibility of the plot? Starring in Mare of Easttown, Kate Winslet delivers a promising and convincing performance that not only evokes empathy but also sympathy for her character. Well-crafted and well-executed, Mare of Easttown is my new favourite thriller series. The story is set in a small town, Easttown, where everyone knows their neighbour and doesn’t shy away from sharing their apprehensions with others. Mare, a divorced detective, lives with her mother, her grandson and her daughter. Battling with a tumultuous past and deprived of any peace of mind, she devotes her time to solving cases and spending time on resolving other’s miseries. A victim of absent grief, Mare is further burdened when Katie Bailey and Missy go missing suddenly. And to add fuel to fire, the murder of Erin McMenamin leads to complete mayhem in her life.

Mare of Easttown has Mare Sheehan (Kate Winslet) playing the titular character. As she tries to keep the threads of her life together, she struggles to join the jigsaw of a teenage mother’s (Erin’s) murder. Surrounded by several eyes that question her credibility as a detective, Mare struggles to come to grips with her young son, Kevin’s death while solving the case of murder and mysterious disappearances. The show progresses gradually as every other person (woman, man and child alike) comes under the radar of suspicion. Several lies are revealed, relationships tarred and theories born. While one might keep guessing that Erin’s boyfriend, Dylan, is the murderer, other suspects like Deacon Mark, Kenny and Billy come into the focus to leave the viewers bewildered. Eventually, amidst a lot of twists and turns, the show promises a thrilling climax that’s going to blow away your mind. It is predictable yet the process of reaching a conclusive end is like a slow burn! It hurts and scares!

Kate Winslet is elegant and really absorbed in her character. As a not-so-old grandmother, her efforts to keep her grandson close after losing her son are palatable. Her difficult relationship with her daughter and the awkward conversations with her mother form the mere fabric of her existence. Therefore, she comes across as broken and in need of love! When Zabel, the new county detective, comes to assist her in the case, she finds a companion in him. Mare’s friend, Lori, is another pivotal character in the show. Lori’s comfort and companionship is what soothes Mare’s agitation and keeps her going. Evan Peters as Zabel and Julianne Nicholson as Lori are excellent supporting actors who keep the wheels of the story rolling.

The show is intriguing because it works on one central theme religiously and brings it out beautifully. Kate Winslet, in all her glory, highlights what grief feels like. She evokes genuine emotions and that helps the viewers focus on the emotional angle rather than the murder mystery alone. The camera pans around all the troubled children like Siobahn, Kevin, Erin, Ryan and Jess and brings out their psychology beautifully too. The show’s main purpose is to find whodunit rather than how it was done. Hence, each episode leaves you with a tinge of anticipation and a lot of notions. Another plus point of this show is its ability to show the protagonist in a grey shade. Mare has her share of sorrows. She is not an angel in the garb of a detective. She fails, she surrenders and she quits too. She loses her will to rise again and that makes her all the more real. What does stick with you though is her spirit to do justice to the ones in pain.

Mare of Easttown is predictable towards the end yet its compelling narrative and flawless acting will leave the viewers wanting more of Mare. The plot is simple as the whole mystery could have been solved if the ‘photograph’ was handed to the right person yet the twists make the show alluring to watch. The show explores the themes of being different, absent grief, friendship and infidelity. It highlights the plight of the mothers who can go to any extent to save their child yet be disregarded for all their efforts. Overall, Mare of Easttown is one of the best crime thrillers streaming on Hotstar at the moment. So, go for it!