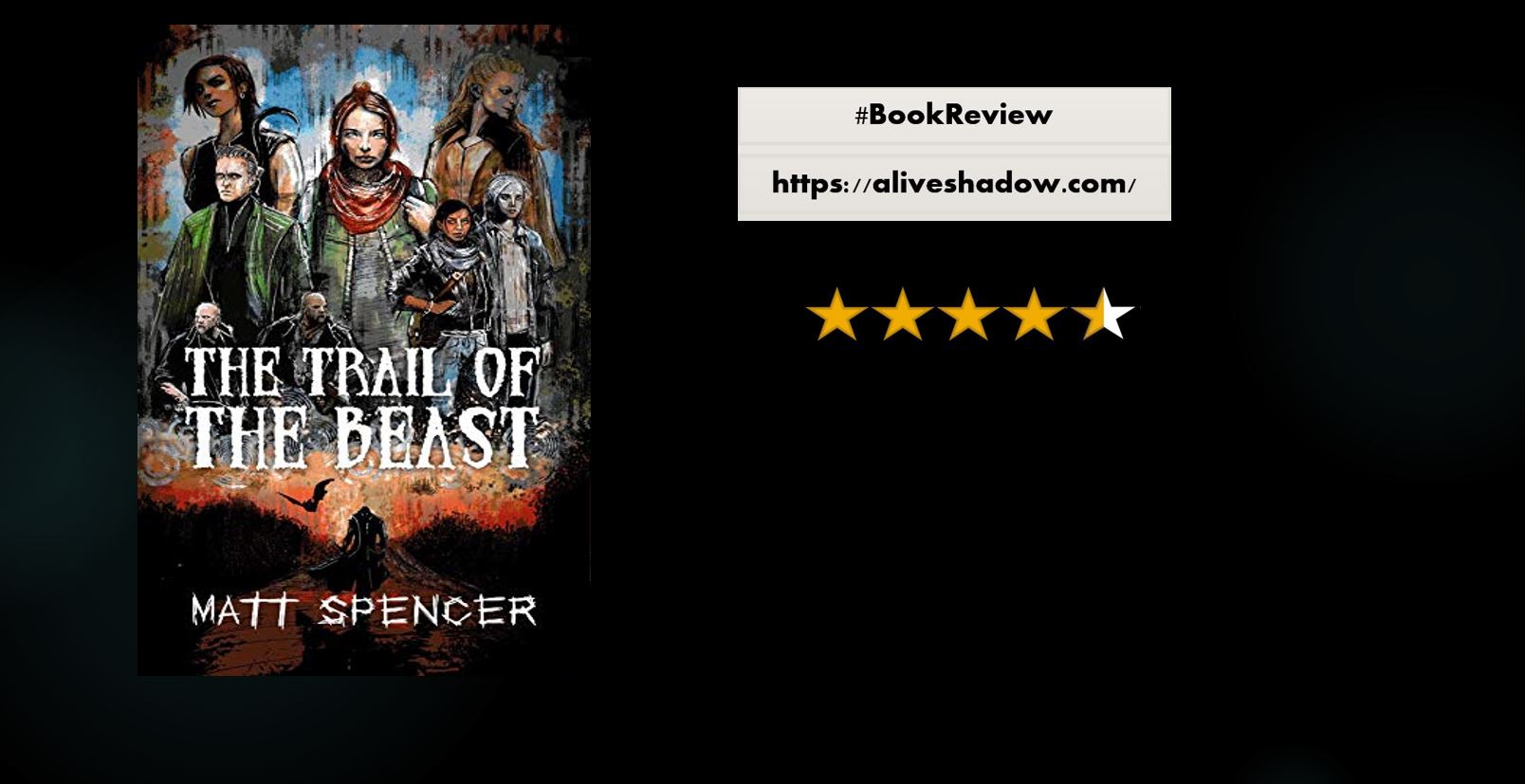 The Trail of the Beast (Book 2 in the series)
Author: Matt Spencer
Publisher: Back Roads Carnival Books
Rating: 4.5/5

It has been five years since Rob and Sally have been together. Now married, they are away from the horrendous gloom that persisted in Brattleboro. Still fighting the lurking monsters of the past is Sheldon, Sally’s younger brother, who battles with what his fight with Rob has done to him. While the people around Sheldon try to find out why Rob’s blades did what they did, Sheldon remains caught in the whirlpool of doubts and paranormal callings. Therefore, this part of the series moves away from the innermost and the second circle of responsibility to the outermost circle. The characters embark on an enthralling journey to find their origin and face their darkest fears that, in a way, threaten the well-being of the community at large. There are beasts that are not only appalling but also have the ability to give you the creeps at night! There is action, a pinch of romance and a lot of thrill.

Like The Night and the Land, The Trail of the Beast is brisk and quite graphic. The story is set out in the open where the realms are at each other’s throats and on the brink of war. Caught in between are Sally and Rob. When Sally is abducted by the bounty hunter of Spirelight, Robs unleashes his wrath by bringing together Crimbones and avenging Sally’s abduction. His decisions call for the war that scares the daylights out of the Earthers and the Deschembines, for they cannot do anything to stop it. Then begins an eventful narrative fuelled with visual imagery and metonymies that render the readers speechless. The story becomes action-packed and gory at the same time. Yet again, I would say that there are blood and gore to an extent that only the brave can digest. The scenes are laden with murders and the stench of the decaying corpses often makes way into your nose.

Read the review of The Night and the Land here.